The Metalworks Institute community has continued to impress us this month with graduates releasing some great new music and innovating in the live-event space. Scroll down to see what the #MetalworksCommunity has been up to this September!

The R&B icon's new album "Spell My Name" is being received very positively by critics with Variety describing it as "possibly her strongest album since her halcyon period in the mid-to-late '90's."

The magazine goes on to compliment the production of the album, telling readers "she [Toni Braxton] and her collaborators have succeeded in deftly meshing her signature minor-key R&B sound with production and vocal arrangements that keep things classy but contemporary...It's expensive sounding, with a stellar cast of collaborators and dramatic orchestrations."

Be sure to listen to "Spell My Name" wherever you get your music.

Tim Oxford, a graduate of Metalworks Institute's Audio Production & Engineering Diploma Program, is the drummer for the Juno Award-winning band Arkells and they have just released a new album "Campfire Chords". The new album features a stripped-down compilation of Arkells' most beloved songs which perfectly capture the singer-songwriter spirit that has long informed their trademark singalongs.

Hailed by The Globe and Mail as “the right kind of band for this decade,” Arkells are widely considered one of the most passionate, exuberant and in-demand live bands working today. They officially debuted "Campfire Chords" on Saturday, September 5th as part of the Budweiser Stage At Home series and it was the perfect send-off to summer. Be sure to add "Campfire Chords" to your fall playlists.

Thomas Stajcer is an award-winning audio engineer, an accomplished singer-songwriter, and a graduate of Metalworks Institute's Professional Sound & Business (Studio Production Major) Diploma Program. Thomas has just released a brand new song "Who Will Listen To Country Music When Trucks Drive Themselves?" which debuted on CBC East Coast. Be sure to listen and stay tuned for the upcoming music video.
David Mohacsi, an acclaimed audio engineer, co-founder of Inside Pocket Music, and a graduate of Metalworks Institute's Audio Production & Engineering Diploma Program, recorded the vocals for Carys' latest single "Crush". "Crush" was recently released along with an announcement about Carys' debut EP To Anyone Like Me which will be out on October 2nd! Listen to the new tune here and stay tuned for the EP.
Alexandra Soumalias AKA Ally Sou, an accomplished songwriter and graduate of Metalworks Institute's Audio Production & Engineering Diploma Program, co-wrote Myles Erlick's latest single "Mayday". Erlick first gained recognition as Billy in Billy Elliot the Musical on Broadway and has recently been cast in an ensemble lead role in Steven Spielberg's upcoming remake of West Side Story. This is Ally Sou's second collaboration with Myles, following his major-label debut "Sweat" released earlier this year. Be sure to listen to"Mayday"!
Derrick Sepnio graduated from Metalworks Institute's Audio Production & Engineering Diploma Program in 2009 and has since gone on to become a highly successful guitarist and 4x Golden Melody Award-winning music producer. Derrick recently provided all instruments and programming for Melodia Kong's dreamy new single "Antibody". Be sure listen! 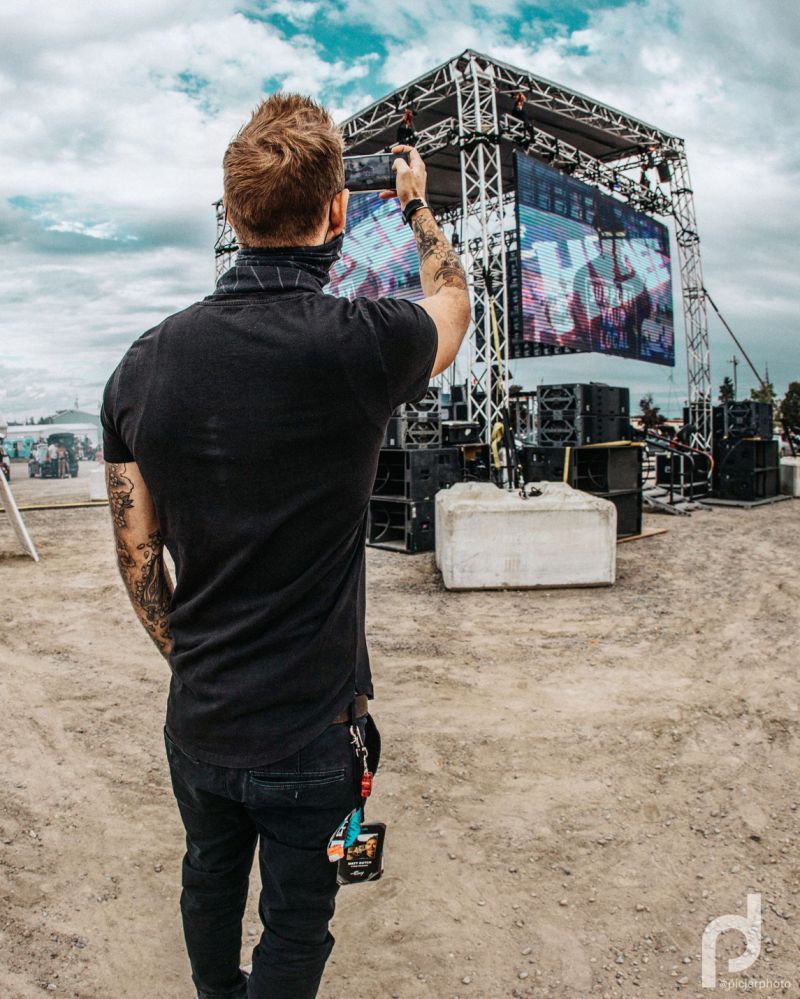 Matt Mudde is a highly experienced live-events specialist and a graduate of Metalworks Institute's Entertainment Business Management Diploma Program. As a Production Manager, Matt has taken the lead on numerous large-scale festivals and shows.

Recently, Matt was one of the Production Managers responsible for creating the immersive 360° drive in stage for the "Vibin' Drive In" concert headlined by Adventure Club. It's inspiring to see our graduates implementing new and innovative technologies and techniques to bring concerts to life!