Alexandra graduated from Metalworks Institute’s Audio Production & Engineering Program in 2012, and received the prestigious Founders Award at that year’s graduation ceremony. Since then, she has become an in-demand artist development and song writing talent, working with artists, record labels and music publishers in both Toronto and Los Angeles.

“Every week I’m approached by labels, producers, publishers or artists themselves regarding new talent, and I’m hired to develop and create their sound.”

Among the artists that Alex is working with is Blajk, a four-piece electro/rock/pop fusion group who just released their second EP, and are getting plenty of notice on music blogs across North America. The group’s debut EP, which Alex co-wrote, reached more than 500,000 total streams across YouTube, Spotify and other streaming services, and the group also toured with Banners and Young Empires earlier in 2016.

Alex also works with Saya, a pop/R&B/hip-hop artist, co-writing all of the songs on Saya’s 2015 debut release. The single Wet Dreams hit #1 on Spotify Canada, and ultimately earned more than 2.5 million spins globally. Alex says that she’s been back and forth between Toronto, Los Angeles and the UK over the past year with Saya, negotiating potential deals with a variety of labels and publishers.

During her last trip to Los Angeles, Alex worked with Sophie Simmons (daughter of Gene), and also earned a song placement with rap star Pusha T. She met with a number of emerging artists while in LA, which, she says, is “the niche I’ve carved out for myself.”

Alex has been offered a number of label and publishing deals herself, but notes that none of the deals offered were “the right fit for me.” But eventually the right deal will come along.

“Eventually, for sure. I have a few publishers out there courting me, setting me up in sessions. I just don’t want to sign too early. I’ve worked so hard and have a lot of music releasing in the next year. Once it’s out and does well, I’ll consider a deal. Until then, what I’ve been offered is sub-par for what I think I’m worth.”

And what advice does Alex have for other young songwriters and producers?

“Be patient, work hard, do what you love, and watch the rest fall into place. Take time to define and create your sound so that your brand is carved out and they can only get that sound from you.” 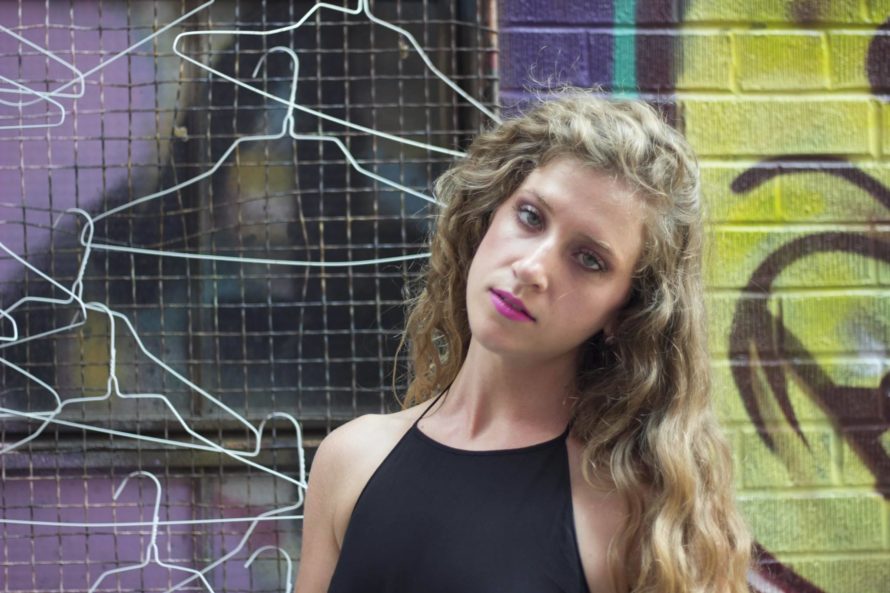