Sean Andrews has just returned from a two-month cross-Canada tour with Johnny Reid and Glass Tiger as Glass Tiger’s Social Media Director and Tour Manager. Sean graduated from the Professional Sound & Business (Studio Production Major) Diploma Program in 2011 and has been working with Alan Frew ever since, as his full-time assistant, engineer, co-writer, and more. Sean’s talents as a creator and multi-instrumentalist have led him to build a diverse portfolio that includes co-writing credits with artists, Lindi Ortega, Tim Hicks, and Diemonds; scoring multiple films including Outpost Media’s ‘Dead of Winter’; touring as both a musician and a manager; making music videos; and putting out award-winning music with his solo project ‘Seven Symphonies’.

Sean describes the most recent tour as “an awesome experience … I got to visit every major city in our beautiful, enormous country from west to east coast,” but this is just the latest in a long list of unique experiences, as his work with Alan has taken him even farther. In 2012 Sean traveled to Kuwait, Afghanistan and Oman with Glass Tiger to perform Canada Day shows for the Canadian Armed Forces stationed there. According to Sean, “It was an amazing experience to get to know and bring a little bit of home to our brave men and women serving so far away.”

In 2013, Sean joined Glass Tiger and Roxette on another cross-Canada tour. He filmed the entire journey and used this footage to create the music video for Glass Tiger’s single I Take it Back, which was released by Universal Music. This was a particularly meaningful tour for Sean, who explained, “One of my earliest musical memories is of Roxette and their song ‘The Look‘ so it was very surreal to meet and tour the country with them.”

In, 2014, Sean and Alan did a brief tour with Commander Chris Hadfield. Alan and Sean would open each show by playing a few of Alan’s classic songs and then Commander Hadfield would join them to play David Bowie’s ‘Space Oddity‘ to kick off his night of speaking about the stars. Sean tells us, “I’m pretty stoked to be able to say that I got to play music with an astronaut!” – and who wouldn’t be?!

After 15 years of mentorship and collaboration, Sean and Alan have worked on all manner of conceivable projects together. For the most part, they write music for movies and television, as well as with other artists for their own release. Sean also continues to assist Alan with many of his live shows and accompany him on guitar for some of his solo performances. Most recently, Alan appeared as himself on the ‘Mr. D’ television show, and Sean was the vocalist for the cover version of ‘Don’t Forget Me When I’m Gone’ that was featured in season finale’s credits. This fall, they will be launching a podcast together called ‘Frew the Looking Glass’ where they will chat about all things music, entertainment, and life with guests including Arlene Dickinson, Johnny Reid, the members of Glass Tiger, among many others.

Even though it may seem like Sean couldn’t possibly have time for anything else, he continues to be a prolific independent creator, freelance engineer, and producer. He recorded and released Seven Symphonies’ debut album ‘Life Times’ in September of 2016, which won in the category of Best Rock at the Toronto Independent Music Awards. Currently, Sean is in the process of releasing a new single each month for twelve months, starting with his latest single Brave that came out earlier in June.

Now that he’s an established creator, we asked Sean, ‘What has been the most helpful aspect of your Metalworks education?’ This is what he had to say:

“I learned so much from my time at Metalworks [that] it is tough to pin down exactly what the most helpful aspect of it was. Looking back on my time in the industry I can think of several times any one of the many different skills I acquired have been very useful. If I had to pick one I think it might be the social and networking skills I was able to develop at Metalworks. The age-old saying that this industry is all about who you know has certainly rung true in my experience, but even more so it has been about HOW you know them and the quality of the relationship. Being a helpful, hardworking, communicative and reliable person is extremely valuable in this, and most, industries, and it means the difference between getting the call when an opportunity arises or not. Metalworks helped me build those ideas as foundations for how I conduct myself personally and professionally and it has definitely paid off.”

Near the end of our interview, Sean offered a few final words of wisdom, “Don’t measure your success by comparing yourself to others. Focus on doing what you love to do and what makes you the most happy.” – advice any artist can appreciate!

Check out some of Sean’s work: 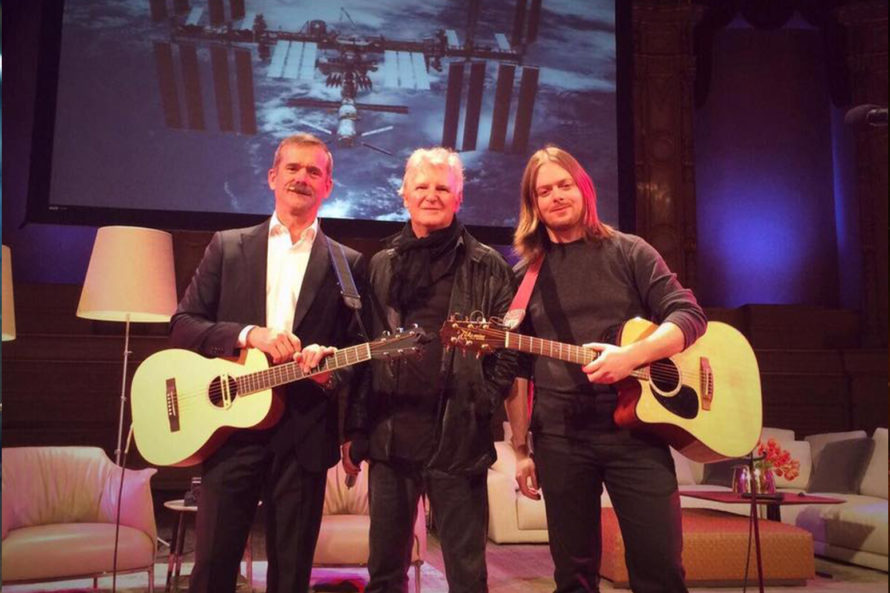