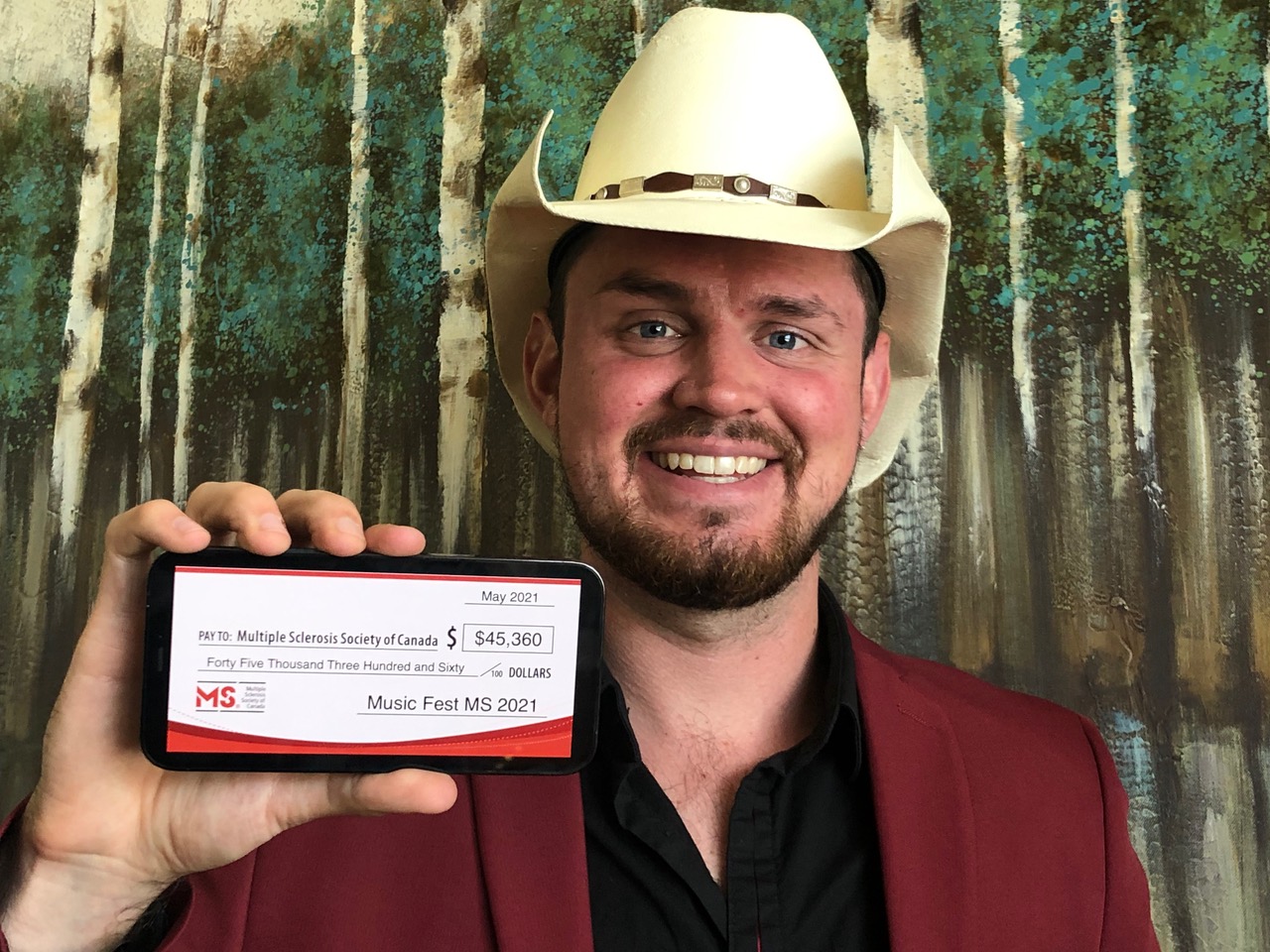 BC’s "Country Music Gentleman" Ben Klick, a current Metalworks Institute student enrolled in the online Music Business Diploma Program and the 2020 recipient of the Canada’s Walk Of Fame / Metalworks Institute Scholarship, organized the third annual Music Fest MS which raised $45,360 for the Multiple Sclerosis Society of Canada. In three years the event has raised $115,142 and it has been recognized as one of the largest, single-day fundraisers put on by a third party in MS history.

Due to COVID-19 the show was moved online to YouTube, picked up and presented as a radiothon by New Country 100.7 and New Country 103.1, and streamed live for viewers across Canada as a telethon on national TV through Shaw Spotlight. Klick, the founder and organizer, who also hosted and played the event, reached out to a star-studded lineup of country music artists and speakers spanning across Canada and the United States to take part in the event, including Juno Award Winner Jess Moskaluke, CCMA and Platinum selling artist Aaron Goodvin, and others stars including Bobby Wills, Wes Mack, Chad Brownlee, Jason McCoy, Aaron Pritchett, Raquel Cole, The Heels, and the Hunter Brothers.

Klick was inspired to organize Music Fest MS after his father’s diagnosis with multiple sclerosis in June 2018. “Once I received the news, I knew I wanted to do something to help. My family has always been extremely close, and it’s the least I could do to give back when they’ve all supported me over the years.” – Ben Klick

“Fight. Play. Feel. Live.” is the slogan for Music Fest MS, creating a strong, supportive community of music lovers, businesses, the MS Society of Canada, and those affected by MS. It's inspiring to see a Metalworks student using his music industry skills to support such a worthy cause!

"Since Ben was a finalist of the Canada’s Walk of Fame RBC Emerging Musician Program in 2016, it’s been a joy to watch him grow and inspire others across the country through his music and altruism. We deeply admire his determination and the impact he continues to make for the Multiple Sclerosis Society of Canada. What an incredible accomplishment!”

"We’re very proud of Ben and the initiative he’s shown in founding and executing this benefit concert in support of MS. It’s inspiring to see a Metalworks Institute student using his music industry skills to support such an important cause.”

Donations to Music Fest MS will remain open until October, the replay of the show is on Ben Klick’s YouTube channel, and you can learn more at www.benklick.com/musicfestms