1. What is your title at “Frew Songs inc.” and what are your responsibilities?

My official title is Executive Assistant to Alan Frew, a 5-time JUNO winning and Grammy nominated artist/songwriter and front man of the Canadian band Glass Tiger. My responsibilities range from engineering sessions and co-writing at his personal studio, alongside him and various other writers he works with, to accompanying him on stage as a backup singer/guitarist while managing the logistics of his solo live performances, such as contracts and financial negotiations.

2. So far, what have been the highlights working for “Frew Songs Inc.”?

There have been a lot of highlights at Frew Songs Inc. so far, including going on a national arena tour with Glass Tiger and Roxette this summer from Montreal to Vancouver, and working sessions with the Canadian Tenors recording vocals for their version of the CTV Olympic theme “I Believe”, which Alan had co-written for the previous Olympics with Stephen Moccio.

However, my favourite highlight so far has to be the trip we took to Afghanistan over Canada Day weekend to meet and play for the Canadian Forces stationed in Kabul. Over a five day trip we flew from Toronto to Kabul, starting on the Prime Minister’s plane, and then hopping onto our country’s largest military transport plane, the C-17 Globemaster, with our Minister of National Defence Peter Mackay, Minister of International Cooperation Julian Fantino, and NHL Hockey alumni Tiger Williams and Mark Napier. It was a whirlwind trip in and out of a very hostile part of the world, but the soldiers I met with were great people from all over Canada. I got to see a small glimpse of what it was like to live day to day, so far from home, in a war torn country talking to both troops and Afghanis alike about their opinions on Canada’s involvement in the Middle East and the progress that is being made there. It was an amazing experience that I am extremely grateful to have been given and one that could never be fully described in words; I’ll definitely never forget it.

3. How has your education at the Institute helped you?

My education at the Institute has helped me in a lot of ways. I took the two year Professional Sound and Business – Studio Production Major program and I find that I came out very well rounded with, at the very least, a fundamental understanding of everything that has been thrown at me while working for Frew Songs Inc.

As I mentioned above, my job responsibilities have a very broad range from reading performance contracts, engineering/co-writing on sessions, and even playing live. During the Glass Tiger/Roxette tour in the summer my main job was filming Glass Tiger on the road and during performances. Afterward, EMI contracted me to edit the footage and used it to produce/direct the music video for Glass Tiger’s first new single in over a decade. Although video was not a main component of my training, the technical foundations that I have built on  made it so I was able to be quick on my feet and learn new media fast, with professional results. I would say 90% of the skills needed from my job were developed or strengthened by my time at the Institute.

It has also helped me a lot with my own ambitions as an artist/songwriter. With all I learned in the Professional Sound side of my program, I am able to release professional quality versions of my music quicker and more frequently on the internet. I built our website with what I learned from Metalworks, and  I’m also able to create the accompanying artwork and logos.

My current band, Seven Symphonies, releases a new song digitally each month, something that wouldn’t be possible if I had to hire producers, engineers, graphic artists and web designers for each project. Having well-rounded technical skills that accompany artistic ability is priceless in today’s internet driven world.

The Entertainment Business Management side of my program has really helped me navigate the music industry as an independent artist with a lot more confidence and understanding than I ever had before. I can look at contracts with a lot less naivety, and I understand more about government programs that assist independent artists, such as Factor. Utilizing the general knowledge and technical skills I acquired along with the partnerships I fostered during my time there, Seven Symphonies was able to secure two Demo Grants from Factor and are currently in the process of applying for a much larger Marketing Grant that will greatly help us reach out to larger audiences.

4.  Which course has turned out to be the most useful?

That is a really tough question for me. I tend not to look at one course in particular and more at the overall outcome. To me, each class was a building block that helped to lay the foundations of a career that I have only just begun construction on. It’s hard to quantify which class I found the most useful and believe that it would be different for everyone going in based on their strengths and weaknesses. For example, when I first started, I had already been working professionally as a songwriter/artist and had a lot of experience with Digital Audio Work stations and “in-the-box” recording. I thought that the business side of the program would be the bread-and-butter of my learning experience and that the audio program would only work to broaden my knowledge of something I had already been doing. Needless to say, I was completely wrong–I learned so much more than I anticipated from the Professional Sound program and my prior knowledge only meant that I could focus on the more advanced concepts and really soak them in. Some class highlights for me include: Recording Engineering III with Alfio Annibalini & Joel Kazmi, as it was incredibly enjoyable, while Entertainment Law with Paul Sanderson and Business Venture and Financing with Ron Rogers proved to be very interesting.

5.  Is there anything else that you would like to add?

We’re excited to hear from Sean Andrews and congratulate him on all of his accomplishments!  All the best! 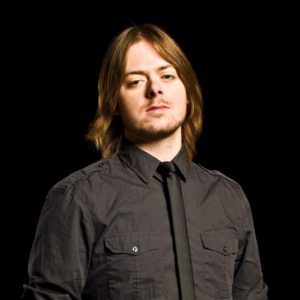 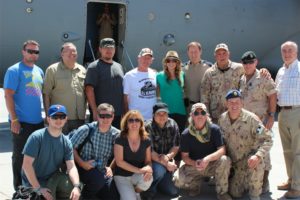