Terence Lam graduated with honours from the Audio Production and Engineering Program at Metalworks Institute in 2011. After interning at Metalworks Studios, Terence then moved on to intern with famed Canadian producer Gavin Brown (Metric, Three Days Grace, Tragically Hip).

In January of 2012, Terence joined the multi-platinum, Grammy-nominated Canadian rap, hip-hop and R&B production company KUYA Productions, as a producer and engineer. In 2014, KUYA Productions earned a Juno Award for R&B/Soul Recording of the Year for Can’t Choose by JRDN featuring Kardinal Offishall. Following that success, Terence was part of the initial team behind the multi-platinum hit Here, by Brampton, Ontario native Alessia Cara.

Terence has remained close with many of his former Metalworks classmates, which has also allowed him to further develop his production talents. One of those former classmates he’s worked with is Alessia DeGasperis, better known as Kai. Terence recorded Kai’s vocals for the tracks Revolution, by Diplo, and Never Be like You, by Flume, both of which have generated huge response on streaming services such as Spotify.

Terence enjoys sharing his knowledge with other young, up-and-coming producers, one of the reasons why he was delighted to participate in the Global Creator’s Summit Mentor Café at this year’s Canadian Music Week Conference.

Having witnessed many of his favourite producers attaining success through their own projects, Terence now feels the pull towards developing his own music, which also led him to begin a new series of house remixes.

“After years of producing behind the scenes, I felt the need to put a face and identity behind the music I created. I feel like this is part of the path I have to take for me to express my ideas and thoughts in the most authentic form possible.” 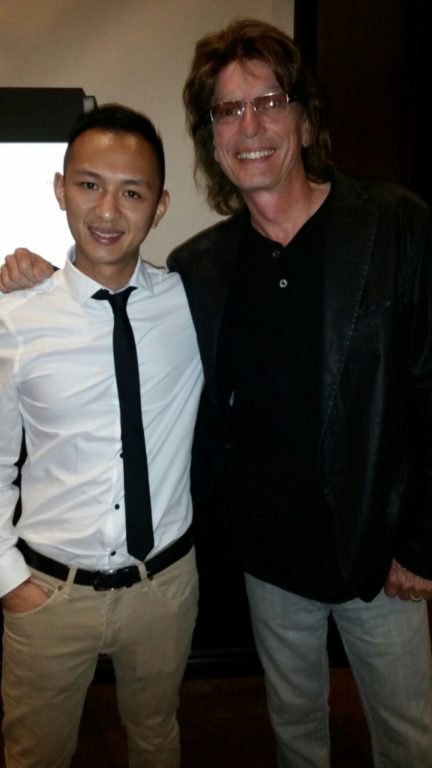