Upon completion of the program, Steve traveled back to his motherland to work as an engineer on various records and live events at Peace of Eden Recording Studio in Knysna, South Africa. He returned to Canada the following year and began working out of River 16 Recording Studio in Oakville. Steve has been working as the studio’s house engineer ever since.

In 2011, Steve engineered a live-in-studio TV show called In A Song Studio 2011 featuring 60 songs by local musicians including Andrew Cole, The Vanishers, Tony Anthony and Melissa Bel. Later that year, Steve worked on Tom Cochrane and Andrew Cole’s “Voices At 4am” EP as Assistant Engineer. Alex Lifeson, Kenny Aronoff, Chris Chaney and Rusty Anderson were among the musicians on the roster. In 2012, Steve found himself in LA to work alongside GRAMMY Award-Winning producer Steve Churchyard on Andrew Cole’s anti-bullying campaign project titled “Do You Think I’m A Joke?”

Some of Steve’s other album credits include: Days of Convenience by James Clark Jones, Fire Breathers by Sarah Burton and Diesel & Peas by Ginger St. James. He is currently working on the debut EP of Damian Rattler & the Electric Soul Circus, a blues-rock-funk outfit hailing from Vaughan.

When Steve is not in the studio, he is working on his own songwriting craft, teaching guitar lessons and working live sound at local events. Steve is a freelance engineer and producer with his company Local Pressure and is available for session work, contact Steve, localpressure@gmail.com

Steve in studio with Randy Bachman 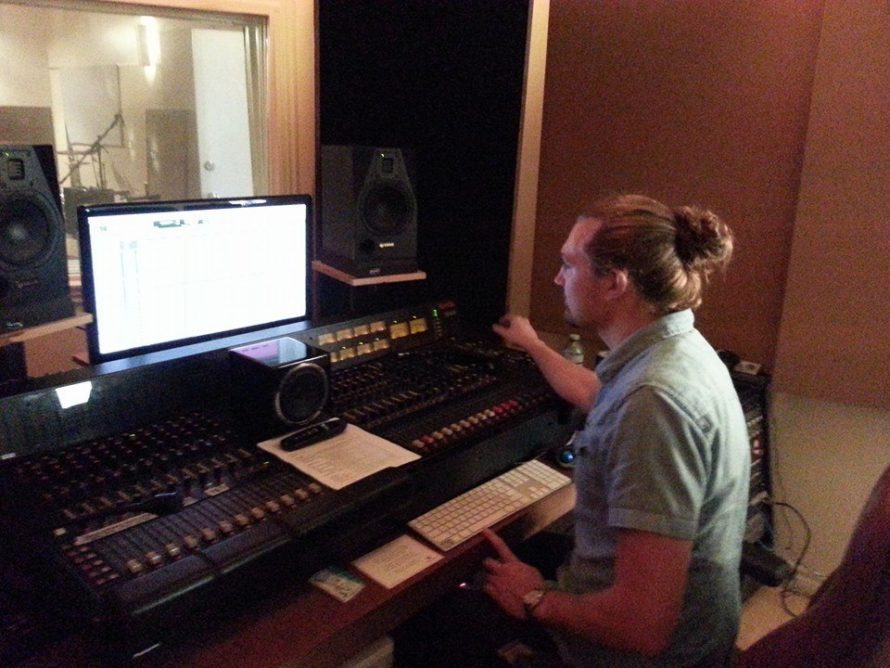