Riley Bell graduated from the Professional Sound & Business program (Studio Production Major) in 2012. After graduation, Riley started an internship at Revolution Recording in Toronto where he was an intern for four months. As an intern, Riley worked his way up to assisting and being second engineer for recording sessions. Now, Riley is a staff engineer at Revolution Recording and has had the opportunity to engineer sessions with artists such as Charlie Watts of the Rolling Stones, City and Colour, The Weeknd, Passion Pit and more. When he is not working at Revolution Recording, Riley writes and records with Cardinal Chase and produces other artists such as People Like Us, who have a new record coming out in the fall. 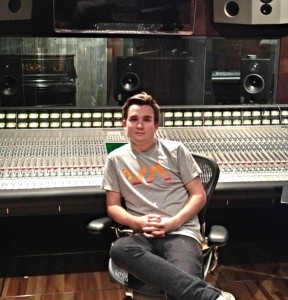