We would like to congratulate Paul Brace, a graduate of the Professional Sound (Audio Specialist) Diploma Program, on being nominated for Male Artist of The Year, Alternative Recording of The Year, and Side Musician of the Year at the 2018 Music NL Awards! Since graduating from MWI, Paul has established a multifaceted career as an in-demand performer, award-winning on-air personality, and producer based in St. Johns, NL. We interviewed Paul about his new album ‘Liars & Actors’, his experiences working as a Radio Host at Classic Hits Coast 101.1, and more!

Paul is currently on the last leg of a European tour with his band Waterfront Fire. The band has played shows in Germany, Denmark and Sweden, and will be coming back to Canada to play with Billy Talent and The Motorleague at The Iceberg Alley Performance Tent Festival on September 17th.

When he returns to Newfoundland later this month, Paul will be resuming his work as a Radio Host for Classic Hits Coast 101.1, where he started working just a few years after graduating. Paul initially joined the Classic Hits Coast team as an advertising producer and worked his way up to an on-air position. He now hosts the ‘Coast Home’ show from 3-6PM Monday to Friday and was voted Media Person of The Year at the 2017 Music NL Awards for his work with the station!

When Paul isn’t discussing music on the radio, he’s focused on making music. According to Paul, “Radio is a huge passion for me but making music is my biggest passion.” And this passion is evident in the numerous other musical projects that Paul has undertaken over the years.

In July, Paul released his first solo record ‘Liars & Actors’, which he created under exceptional circumstances. Paul began working on the album in late 2017, just after being diagnosed with Stage 4 cancer. Paul describes how his diagnosis inspired him to create this record, “I immediately took on close to a year of treatment and recovery but in that time, took every bit of wellness in my bones to create my first solo record, Liars & Actors…[Liars & Actors is] a concept album about questioning your mortality, life, death and what comes next (a blueprint so-to-speak of a young man who thought he was gonna die and the desperation he felt to put out some art before that happened).” The album was released on July 13th, 2018 – 4 days after Paul was given the good news that his cancer was in full remission. We wish you well Paul and look forward to listening to what you create next!

Paul’s diverse abilities in the technical, creative, and business facets of the music business have helped him to be successful. When he’s not working on his own music, Paul produces local artists out of his home-based recording studio VIBE CITY. Since graduating, he has worked as a sound man and even took a contract with Royal Caribbean Cruise lines for a few months as a live sound technician for their big production shows. In reflecting on his time at MWI, Paul tells us “Live sound classes were amazing and if it wasn’t for that class, I still could never operate a soundboard properly. In Newfoundland there are so many places to play, you often have to do your own sound. As a musician and a sound man, I am very valuable.”

Never one to turn down a good opportunity, Paul also frequently works as a side-musician, and has backed up many local bands over the past 10 years.

Now that he’s established himself in so many different facets of the music business, we asked Paul, ‘What has been the most helpful aspect of your Metalworks education?’ and this is what he had to say:

“My time at MWI was very important to me. After my 2-year program, I walked away with a toolbox of tips and tricks in live and studio production and it was up to me to use those tools to make a career for myself (nothing falls in your lap in the music biz). A career in the industry is built on hard work, determination, and passion for the gig.” 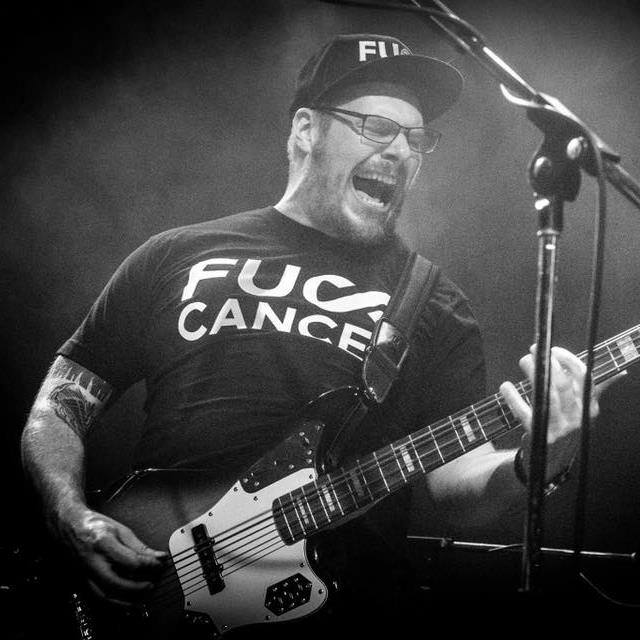