Mark Cloutier (AKA Clutch), a graduate of the Professional Sound & Business (Studio Production Major) Diploma Program, has been building a lengthy credit list as a beat-maker and music producer under the name Clutch Music. While he was still a student at Metalworks, Mark produced a beat for the now multi-platinum selling artist Lil Flip and more recently, he produced two songs for Juno-nominated artist JD Era, ‘Freedom Fighter (Grind)’ which is out now, and another that will be released on an upcoming album. Most recently, Mark has been producing two songs, ‘Gucci Collar’ and ‘Whatchu Thought’, for upcoming Toronto artist Pressa, who opened for Drake on his Boy Meets World Tour in 2017. Mark works primarily with Toronto artists and has produced a number of songs that get consistent radio-play on Toronto’s CHRY Radio 105.5 FM, including ‘Inspire’ and ‘Black Magic’ by RodZilla. Other artists and producers Mark has worked with include Yogi Da Producer, Prada West, Emma Lock, Louy Fierce, Dave Mac, and Lil Edd.

Now that he has a few years of industry experience behind him, we asked Mark a couple of questions about his time at MWI:

I took the Professional Sound & Business (Studio Production Major) Diploma Program. The most beneficial aspect of the curriculum was the studio aspect. Getting hands-on training with professionals who are able to answer all your questions.

Another huge benefit was learning the law and licensing. It’s important to get paid for your work and Metalworks taught me how to legally make it happen through education [about] royalty societies and the process.

1. Don’t be afraid to get rejected. Approach who you want with a plan. Do not waste your time or anyone else’s. What’s the worst someone can say? No. So you regroup and make a plan and sell your product. I’ve had artists say no, I identify why, fix the sounds, make some adjustments, next thing you know, it is their favorite beat. Everyone is their own biggest fan. When listening to your own music, imagine yourself as someone who doesn’t know you…[this] will allow you to make accurate critiques.

3. Invest in yourself. Before I went to Metalworks I worked 3 jobs in the summer to pay for my entire home studio.

4. Always be making music. Always improve. Try new things and experiment…I got to where I am by hustling; consistently creating then emailing, calling, and showing up to peoples’ doorsteps. PERSISTENCE IS EVERYTHING. My other advice is to balance your workload. You need downtime to refresh, and to take a step back sometimes. Take your time but be consistent.

Never one to say no to an opportunity, Mark has also done some work in audio for advertising and is currently creating a jingle for Brock Doors & Windows. He also enjoys creating remixes of popular songs by taking the acapella tracks and adding his own beats. In discussing his work, Mark tells us “I take pride in enjoying every single style of music and combining them. Whether it be on one song or an entire EP.”

Check out the links below to connect with Mark and listen to some of his work. 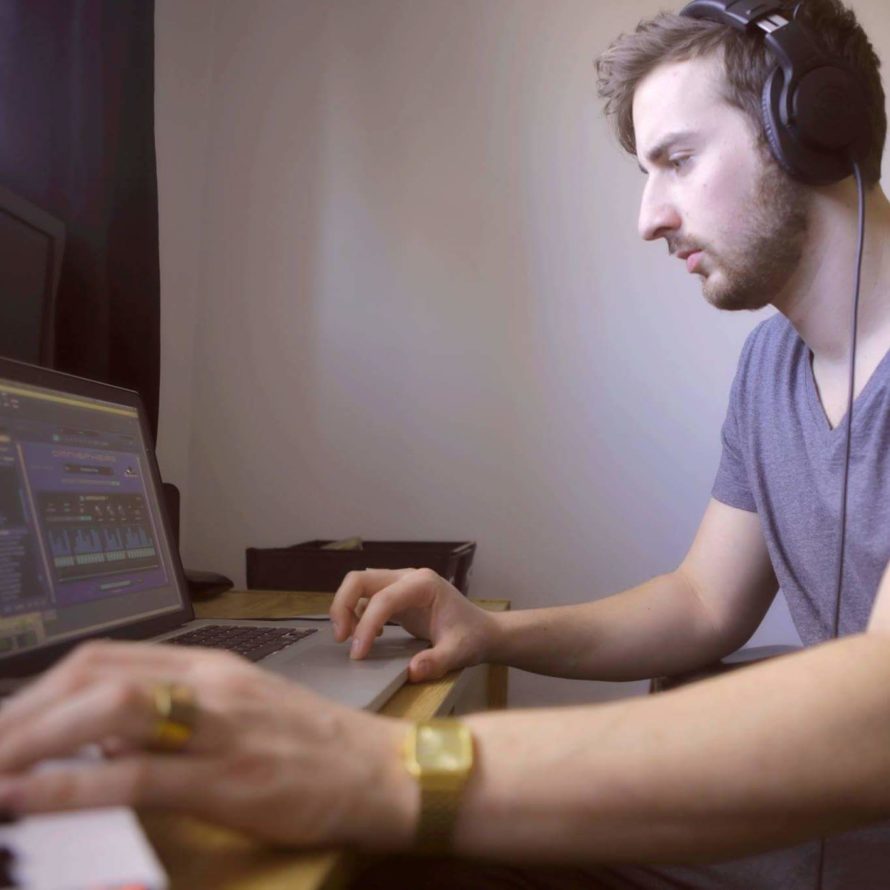