Justin graduated from the Professional Sound & Business – Studio Production Major Program in 2012. After graduating, Justin ventured to Malaysia to build his career in the entertainment industry. Since his move to Malaysia, Justin has started his own company; Burkholder Music and has been working in freelance production and engineering.

Justin has worked as a producer with Mac Lethal (who is known as the Pancake Rapper on YouTube) and local artists such as Jonny Riddim and Nag Champa.

Currently Justin is in the process of producing the next EP for up-and-coming rap artist, Black Diamond. He is also working with Noisy Bunch, where he is doing sound design and engineering for a cartoon that will be aired on the Cartoon Network. And if Justin isn’t busy enough with his current projects, he is also now working with an events and record label called The Movemint, where Justin is sound designing for mobile apps and composing and engineering jingles.

Of working in Malaysia, Justin says that, “It hasn’t been easy finding work but it seems that I have made some good connections and the gigs are starting to come.” 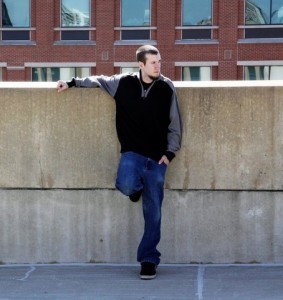