Drake Andrews graduated from the Audio Production and Engineering Program with honours in 2015. He has been a musician since the age of 11 and is now an audio engineer, music producer and songwriter. Drake is a freelance engineer and also works at The Orange Lounge Recording Studio in Toronto. To date, Drake has received assistant engineering and editing credits for his work with a variety of Canadian artists including 12th Letter, JRDN, Kiki Rowe and Metric’s Rdio Sessions Live at The Orange Lounge.

In recognition of Drake’s high academic achievement within the program, he was the recipient of a mentorship award at Metalworks Institute’s graduation ceremony in January of 2016. This award provides top graduates with a one on one mentoring session with an industry professional. Drake’s mentor was veteran studio engineer and music producer Lenny DeRose (Motley Crue, Lights, Tragically Hip, Three Days Grace). When asked what advice he might have for current students, Drake suggests “networking and getting your name out there as soon as possible and as much as possible”. 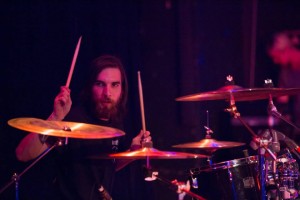