Darren Magierowski, a graduate of our Audio Production & Engineering Program, recently engineered and mixed The Trews’ cover of Rush’s Cinderella Man. The track appears on Rush’s newly released 8-disc box-set in celebration of the 40th anniversary of their fifth studio album, A Farewell To Kings.

We caught up with Darren to learn more about his work with The Trews and other projects he’s been working on since his last update.

Can you tell us a little bit about your experience with the project?

I’ve worked with The Trews a few times this year on many various songs, and one of the sessions happened to be [Cinderella Man] …I was sort of unaware at the time [of] what it would lead to, and how intense the box set would turn out. We referenced the original track very closely, with the guys obviously putting their own touch to it. Geddy and Alex themselves sent an email to the guys afterwards, letting them know what a great job we all did and that they were personally very impressed!

It was really cool to see all of the other bands like the Foo Fighters, Billy Talent, Alice in Chains, Dream Theatre, Big Wreck and more, all contribute to this project as well. What an exciting thing to be a part of.

Have you had any other interesting jobs or worked on any significant projects since your last update?

I worked on the new Three Days Grace record that is set to come out in 2018, that occupied 6 weeks of my summer this past year. It was a great time bonding with the guys and all the other crew on board. It was a huge production to say the least, and we had a ton of fun!

Chris Lord-Alge mixed the record and I can’t wait for the release for everyone else to check it out.

I would have to say the transition from (studio) classroom, and theory, to real-world studio environment. MWI gives you an amazing platform to have real hands on experience with SSLs, Pro Tools, microphones, and other analogue gear, and it lets you apply it in a functioning studio environment.

When I was hired as an intern at Jukasa Studios immediately after I graduated, I was able to hit the ground running, so to speak, and keep up with the environment and pace of the sessions I was immediately a part of. It wasn’t like we as students spent more of our time in a classroom setting, There’s a good balance that’s offered at MWI I feel.

Any words of wisdom for current students or your fellow graduates?

Work hard at this if it’s what you really want to do as a career. When I graduated from MWI, I didn’t have the highest grades in the class, but I focused on working harder than anyone else in my class.

You also need to be passionate about this type of industry, as often times you will be putting in many many hours – especially in the beginning, and unless you first and foremost LOVE what you do, you probably won’t be doing it for very long… Always be learning something new! You will never know everything there is to know.

Is there anything else you would like to add?

Great advice from an inspiring alumnus! Check out Darren’s website www.route66recordings.com to find out more about Darren’s work or listen to some of his most recent credited tracks: 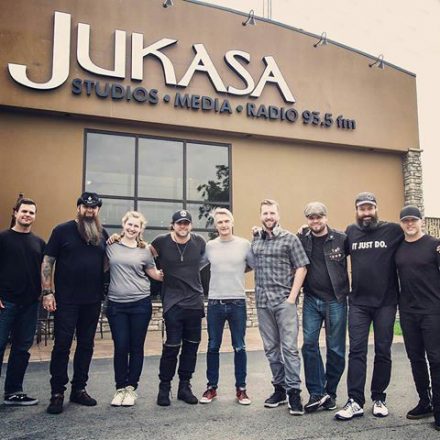