Darren Fraser teamed up with fellow Brampton artist K. Forest shortly after graduating from the Audio Production & Engineering Program.  After releasing 3 projects to date – Introversion, Forest Fire, and Eyes of Taiga (entirely produced, recorded, mixed and mastered by Darren) the duo have been in contact by several major record labels (Interscope, Universal, Warner, RCA, Epic, and Atlantic, among others), as well as several other artists.

In 2015, Darren produced a song for Pro Era Records artist CJ Fly (based in Brooklyn, NY), which later came out on CJ Fly’s 2016 album FLYTRAP.

This past year, Darren and K. Forest released a single they wrote and produced called Guidance. The track was subsequently picked up by Travis Scott, who used it for his album Birds in the Trap Sing McKnight, which recently reached the top of Apple Music’s rap albums chart.

Since the unexpected success of the Travis Scott album track, Darren has been given the opportunity to work and produce with the likes of PARTYNEXTDOOR, Roy Wood$, Migos, Fetty Wap, Bryson Tiller, SAFE, Young Thug, Mac Miller, Lorde, Zayn, and many others.

“Whenever OVO artist Roy Woods is in town (Brampton), he comes to my home studio (Vivians Labryinth) to record and produce new ideas.
This year (2017), I was asked to be an in-house engineer/producer/manager at one of OVO’s newly renovated studios, CR3.  I was given the honour to meet Noah “40” Shebib (Drake’s producer), through Majid Jordan’s tour manager, who recommended me for the position.”

Darren is currently working on a full-length album with K. Forest, which they plan to release in the next year. 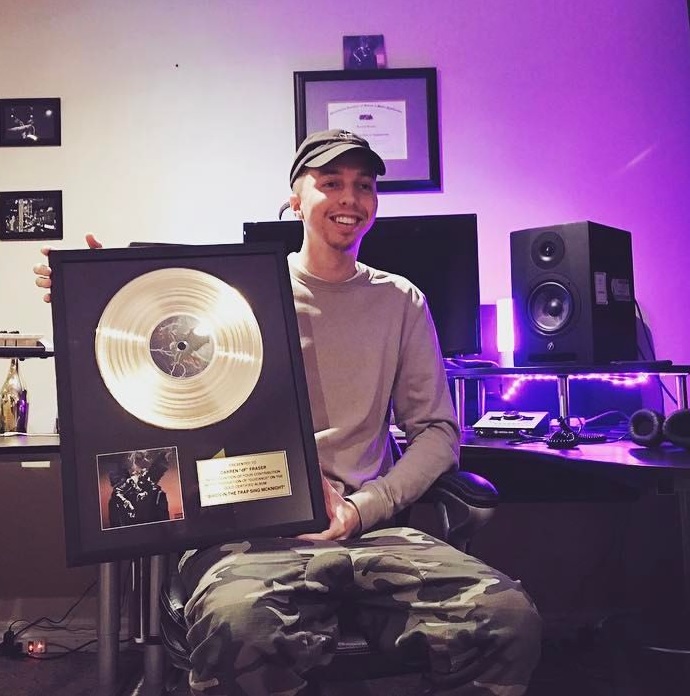