Beverley (Taya) Marquis graduated from Metalworks Institute’s Entertainment Business Management Program in 2010. Prior to attending the program she spent a few years living in Los Angeles, California where she focused on her songwriting and began to pursue her career in the entertainment industry. To date, Taya has co-wrote with platinum selling artist Ke$ha and songwriter Robert Allen who wrote “Disturbia” by Rihanna and “Forever” by Chris Brown.

In 2013 Taya performed at Wekfest alongside Snoop Dogg, Finger 11 and Justin Nozuka. This year Taya is putting focus on her own EP and has been working to continue establishing her name within the music scene, she recently performed alongside Anastasia A at Canadian Music Week. And was featured in an online spotlight with Kijiji and L3 magazine has named her as one of Toronto’s up and coming artists.

Be sure to check out Taya’s recently released Mixtape entitled “Woman” which was produced and written in collaboration with producer/artist and fellow Metalworks Institute graduate Neo Tempus. 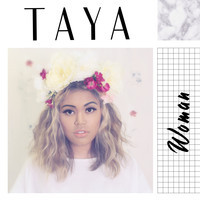