Anthony joined Drop Top Alibi as their drummer shortly after graduating from Metalworks. The band had just finished recording some material for their Debut EP at Metalworks Studios and were looking for a permanent drummer. Anthony tells us “Ben Woodard, the assistant engineer on the session, who I met while at Metalworks, introduced me to the band, and the rest is history. ”

Since the release of their EP, Drop Top Alibi have been busy building their fan base, promoting their music, and playing shows. According to Anthony, “This past year has been crazy busy! We have played over 30 shows around the GTA, including opening for Gilby Clarke for some of his Toronto and area shows. ”

We asked Anthony what he has found to be the most helpful aspect of his Metalworks education.

“Learning the fundamentals of recording and producing has enabled me to execute my creative ideas on and off the kit. I am able to visualize the bigger picture while writing drum parts and applying recording and mixing techniques. Ultimately, through acquiring and applying this knowledge, I am able to take creative liberties while working on music.”

Any words of wisdom for current students or your fellow graduates?

“Don’t say NO to a job opportunity that keeps you in the music industry. Any experience is good experience and it may lead to unexpected opportunities. Make a commitment to build relationships with your instructors and classmates. During the program or while looking for a career in the industry, remind yourself where there is fear, there is growth.”

Currently, Anthony and Drop Top Alibi are writing and recording demos of new material to be released later this year. The pre-production work is being done at Anthony’s home studio. In addition to his work in the band, Anthony also works part-time as a Drum and Percussion specialist at Drumland. 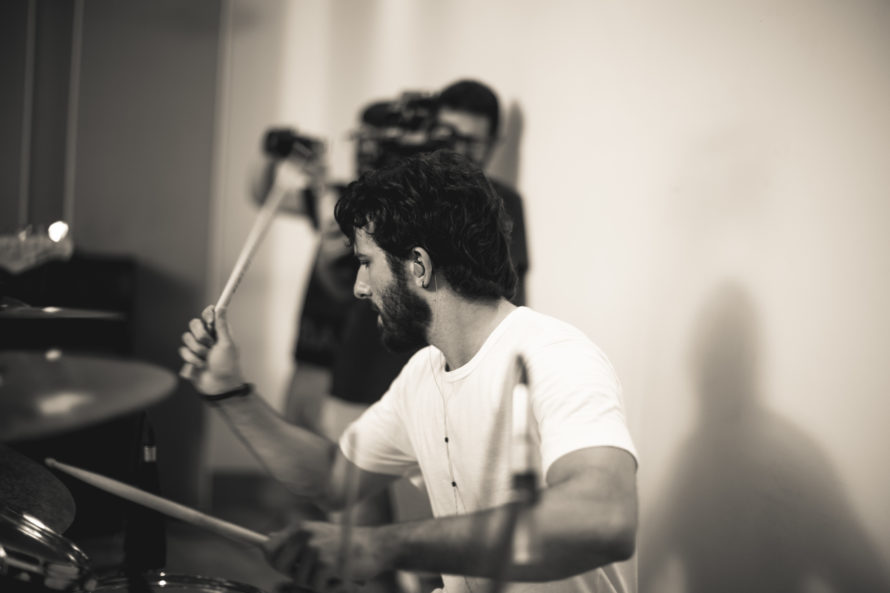