Two studio albums, three music videos, numerous live production gigs, and one major record deal are just a few of the things that have filled Jonathan “Ronson” Armstrong’s busy schedule since he left our Institute in May 2006.

Ronson, a nickname from his days as a teenager playing in local bands in his hometown of Windsor, Ontario, has dedicated himself to music in more ways than one. Fanatical about music from a young age and a multi-instrumentalist trained in guitar, cello, trumpet, and piano, he also serves as bassist for The Reason, a modern rock band based in Hamilton, Ontario. In early 2007, The Reason’s record contract with indie label Smallman Records was licensed to Warner Music Canada, taking Ronson and the band into new territory.

“Warner has taken us [The Reason] to a more professional level where we have access to media, MuchMusic, MTV Canada, and commercial radio play,” says Ronson of his experience with Warner. “It’s been a great thing for the band and, personally, it’s really opened my eyes to how the [music] industry works.”

However, the reality of today’s evolving music industry has set in and Ronson admits that music is a difficult industry. “You have to make your own success and you need to have that certain something that someone can relate to and enjoy enough to actually purchase your product instead of downloading for free.”

Since graduating from the  Audio Production & Engineering Program, Ronson has freelanced as a producer and engineer around the GTA, believing that being proactive at finding new gigs and making connections is the key to success.

Ronson’s career as a musician has fostered his producing and engineering aspirations. The Reason’s 2007 release, Things Couldn’t Be Better, was produced by Gavin Brown (Billy Talent; Three Days Grace) and worked on by engineers Eric Ratz and Kenny Luong. Working with this talented group gave Ronson an intimate look into the making of a professional record from both an artist’s and production standpoint. And when Luong became unavailable to finish the Pro Tools editing, Ronson stepped up and received his first major project.

“I got the opportunity to use the skills I learned at Metalworks in a professional studio setting and, as a result, I was credited with editing six songs, including We’re So Beyond This (a top 40 single).”

Ronson collected more credits as co-producer of The Reason’s six-song acoustic EP, Brilliant Disguise, released December 2008, and has production, recording, editing and mixing credits on another four song EP for Hamilton-based band Distance Between Stars, coming out in November.

The approaching year is set to be an even busier one for Ronson. The Reason, having penned a new album, will be traveling down to the U.S. to record with producer Steven Haigler (Brand New, Pixies) and will be releasing new material in early 2009. Always on the lookout for new artists and projects, Ronson will undoubtedly be working with new talent as a producer and engineer in the next year as well.

Ronson concluded his review by admitting that being in the music industry has its highs and lows, but says, “There’s nothing else I’d rather do with my life than make music.” 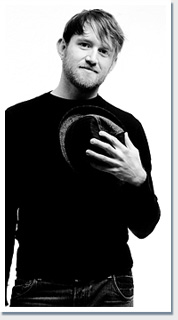