After graduating from the University of Western Ontario with a BA in philosophy, Jesse Lasko spent a year on the road, touring with his former band, safewayhome. His experiences as a touring artist led Jesse to further pursue his musical interests, and led him to enroll in the Audio Production and Engineering Program.

Following his matriculation from the APE Program in December of 2007, Jesse joined our team as a teaching assistant, helping with passing on his experience and knowledge to a new group of eager, young engineers.

Jesse continues to work in the audio field as a freelance audio engineer and live sound technician. He has recorded and produced EPs and full-length albums for upcoming bands Theme song for a Century, Talksick, and After Runnymede. With his writing partner Noel Yousie, Jesse continues to create new music with the band Detectives. Currently, Detectives is in pre-production on their debut EP at B-Town Sound in Burlington. 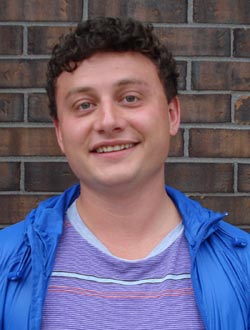