As is often the case, Jeff Jewell’s primary motivation for enrolling at our Institute was a profound dissatisfaction with his employment situation at that time. That dissatisfaction led him to pursue a career in the world of audio engineering, and a place in the Audio Production & Engineering Program.

Like many of our other students, Jeff had always been imbued with a passion for music. He had played in a band for over a decade, and that band experience was the highlight of countless days of drudgery spent working in a grocery store. Without any sort of post-secondary education under his belt, Jeff realized that he was likely going to spend years working in that grocery store, unless he decided to tackle his musical ambitions head on.

“I decided I wanted to do something in my life that had meaning and made me happy. The thought process behind all of it was that if I could do something I enjoy for a living, then it would be a lot less like work and a lot better for me in the end.”

Jeff describes his time at MWI as both “incredible and intense.” Along with making a number of new friends whom he still keeps in contact with, Jeff also bonded with a number of the instructors, which helped to make his learning experience that much better.

“The teachers are easy to talk to and have the benefit of relevant real-life experience in the fields that they teach in. I always liked that method of teaching, rather than just teaching from a text book.”

Jeff will be the first to admit that there were stressful times during his year at MWI, and moments when “I was so tired I couldn’t even see.” But in the end, it was all worth it.

Since leaving, Jeff has been recording numerous indie bands, and is currently traveling across Ontario working as a live sound engineer for “Theater To Go.”

“I get paid a lot better than a full time grocery store job, get to be paid to travel, and (I) have a lot of fun on the road with the actors.” 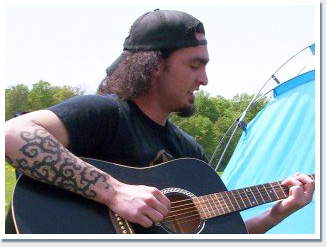