Travis Fitzgerald graduated from Metalworks Institute’s Audio Production and Engineering Program in 2011. Travis is a member of Toronto Indie folk band thieves! thieves! and will be performing live on Friday March 6th 2015 at Rehearsal Factory in Mississauga. The band’s sound is influenced  by artists like City and Colour, Fleet Foxes, and Mumford and Sons. Listen to thieves! thieves on Soundcloud and Facebook.

Check out the new video by Thieves!Thieves! for the song White Forest 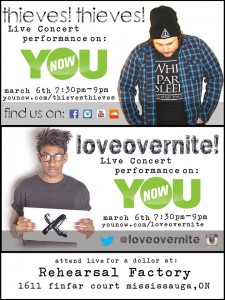