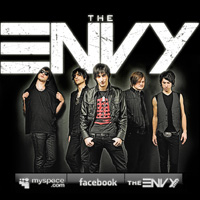 The Envy is the newest band to be signed to Gene Simmons of Kiss’ new record label Simmons Records, a subsidiary of Universal Music. The band has rapidly risen and is creating quite a hype with their single Don’t Let Go which has been widely popular since its release.

The session took place in Studio 6 with mixing engineer David Bottrill (Placebo, Peter Gabriel, Tool). The session was assisted by Metalworks Studios’ head engineer, Kevin Dietz who is a graduate of the Audio Production & Engineering program.

For more information on The Envy and to look out for updates on the Album release, visit: