Steve Kane joined Warner Music Canada in 2001 as Senior Vice President and Managing Director and was appointed President in January 2004.  During that time he has been responsible for revamping the Marketing and A&R operations and bringing the company into an exciting new phase of development. Under Kane’s direction, the company signed Billy Talent, who have since become one of Canada’s biggest rock acts winning multiple Junos, MuchMusic awards and enjoying top of the chart success in Europe and at home. Kane was also instrumental in signing the internationally acclaimed Buck 65 and Ron Sexsmith as well as current Top 40 radio and YouTube sensation Victoria Duffield.

Kane joined Warner Music Canada after over fifteen years in the Canadian music industry where he was the Senior Vice President of Universal/Island/DefJam Canada from 1998 – 2001 and Senior Vice President of Polygram Records in Canada in 1997.  Throughout his career, he has also held positions in marketing and promotions at independent label I.R.S. and A&M Records, before becoming General Manager of Virgin Records.

During his Guest Lecture, Kane spoke about his start at a record store, his various experiences and growth within the industry, the many label mergers he was present for and his artist signing process. Kane also stuck around after the lecture to answer a bevy of student questions from our jam-packed auditorium. 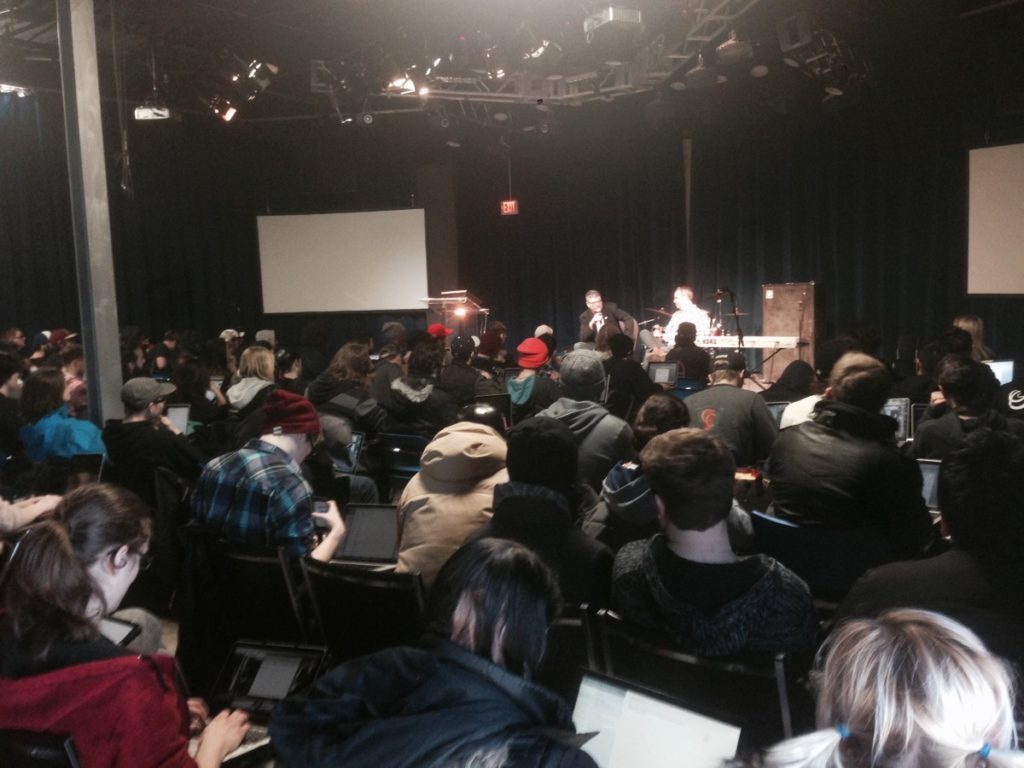