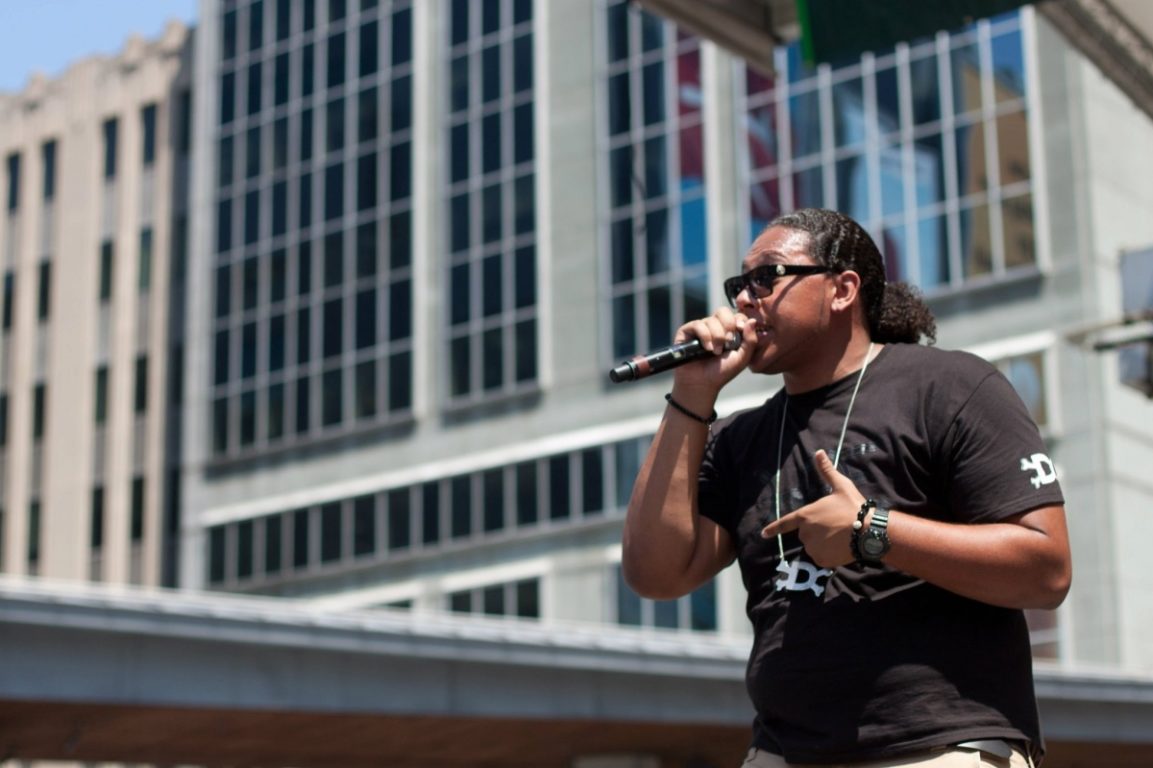 Audio Production and Engineering (APE) Student Devontee (D-Bonez) will be performing at two shows this weekend in Toronto! Devontee has been performing for the past seven years and chose to take the APE program at our Institute to help broaden his musical knowledge and abilities.

This Saturday July 20th starting at 1pm Devontee will be at the Unity Charity Festival; “UNITY Charity engages and empowers youth to be role models and leaders in their communities. UNITY engages youth 10 to 18 by implementing school and community programs helping youth positively express their stress and develop skills for success. UNITY empowers youth to make better choices as leaders, mentors and positive community role models leading to more productive citizens, safer schools, and healthier communities”.

On Sunday July 21st at 6:30pm Devontee will be performing at Youth Day Toronto; “YD | T.O now in its 7th year, is a non-profit FREE summer festival held at Yonge-Dundas Square with an unprecedented Yonge Street closure expecting an audience of over 30,000 people this summer. YD | T.O features over 100 live music and dance performances on 2 non-stop stages over 12 hours; mostly by youth 14 to 29 years old. The event also includes a Youth Art Gallery, live Fashion Shows, the opening Flag Parade, Flash Dances, and much more!”

Devontee auditioned for the chance to perform at both events taking place this weekend so be sure to head down to Toronto to show your support!