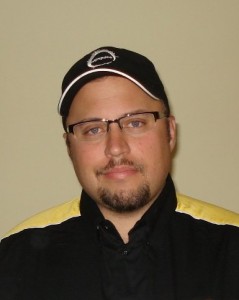 Originally from Eastern Ontario, Scott Atkins has over twenty-three years of experience in rudimental drumming. With a formal education in Audio Engineering, Scott has spent most of his life playing drums, teaching Marching Drumline programs, arranging music and teaching privately. He is a former member of the Chris Mulligan Band, originally known as “Pomoja.” They released two CD’s – “The Undiscovered” in 2001 (Independent) and “You Get What You Get” in 2006.

Scott has developed technical exercise programs and has written musical productions for several marching groups, including The Lampliters, The Empire Loyalists, The Blue Saints, and The Phillipine Heritage Marching Band. In 1997, Scott began teaching in Kingston, Ontario. He joined the Vic Firth Education Team in 2002, and is an Honourary Member of the International Association of Rudimental Drummers (IATA) since January 2006. He has led workshops in Canada, the United States, and Germany, and has performed several clinics and festivals including performances with world-renowned drummer Steve Smith.

On Saturday, September 22nd, Scott Atkins is offering a FREE drum clinic for the first annual MWI International Drum Festival. Catch Scott’s “Rudiments to Drum Set” clinic on September 22nd at 11:00am in the South Auditorium. To RSVP for the clinic, please email rsvp@metalworksinstitute.com with your name, events you plan to attend and number of guests you plan to bring.