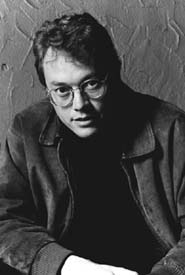 On November 5th, our Institute presents an entertaining evening of music with the engaging character of Rick Fines. He is a seasoned veteran of the folk and blues circuits in North America and will be sharing his understanding of blues, finger-style and bottleneck guitar with our student audience. The event has also been opened to the community.

In October of 2005 Rick went to Alabama where he took first place in the Sweetgum Bottom Acoustic Blues Competition.

His song “Riley Wants His Life Back” won first place in the blues category of 2003 International Songwriting Competition, judged by B.B. King. He won the MapleBlues Award for Songwriter of the Year last year, Acoustic Act Of The Year twice (98, 99) and has received eight additional nominations. His work with Jackson Delta (for 15 years) brought nominations from both the Juno and the Handy Awards.

He has played for legendary blues piano player Pinetop Perkins, songstress Colleen Peterson, folk icon Penny Lang and many others. He has toured from the Gulf of Mexico to the Arctic and from B.C. to NYC.

The presentation will be held in our Institute’s lecture hall at 6:15pm.