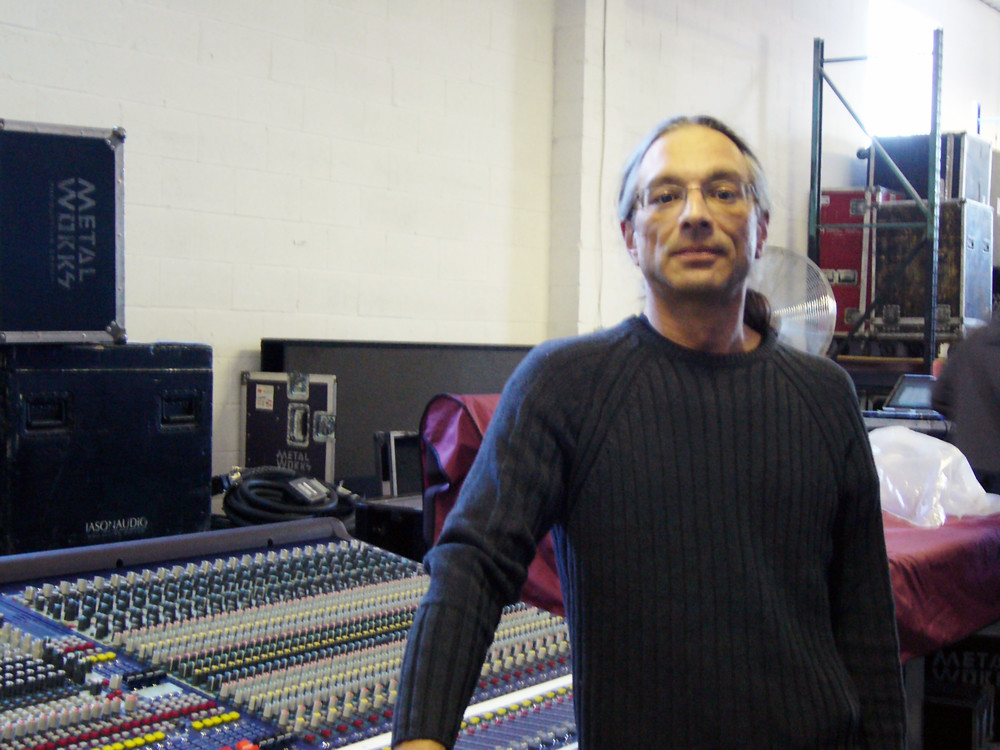 Faculty member, Peter ‘Stoy’ Stoynich has achieved what many of his Show Production Systems students dream to accomplish. Stoy is one of Canada’s most respected and talented live sound engineers. A graduate of the University of Western Ontario (Bachelor of Music), Stoy’s first gig was as Head Audio Technician at Western’s Talbot Theatre.

Recently, Stoy announced that he has accepted engineering positions for a number of upcoming high profile live productions. He will be working on the opening and closing ceremonies of the Canada Games in Halifax, the Juno awards in Toronto, the Aboriginal Awards in Edmonton, the NHL Heritage classics in Alberta, and the Country Music Awards in Hamilton.

He has also been hired by Canada Sings, a new television series that focuses on finding vocal talent in the workplace, encouraging everyone from firemen, to nurses, chefs to CEOS to form glee clubs with their workmates and go head-to-head against another team.

It is his many years of experience that allow him to maintain his profile as a top Canadian engineer. In the past, Stoy was employed as the engineer for MuchMusic’s Live & Interactive programs featuring INXS and Pink, the 2006 Bessie Awards, and the Canadian Music Awards.

“Doing professional live gigs helps me keep in touch with new gear and technologies.  Keeping myself current helps me make sure our graduating students can feel confident they are fully prepared for their own audio careers.”, says Stoy.

He worked as the front of house engineer for the production of CTV’s Canadian Idol and a wide array of artists, including David Wilcox, Alannah Myles, UFO, The London Quireboys, Secret Lives, The Nylons, Max Webster, The Jeff Healey Band, and The Ten Tenors. Stoy also worked as the head of audio at the Benson & Hedges Symphony of Fire fireworks competitions in Toronto and Vancouver.

He has worked for the Vancouver, Winnipeg and Kitchener Symphonies, Kim Mitchell, Tom Cochrane, Molly Johnson, The Infidels, and Honeymoon Suite, for festivals such as Edgefest and Lillith Fair, and for Toronto’s Phoenix Concert Theatre.