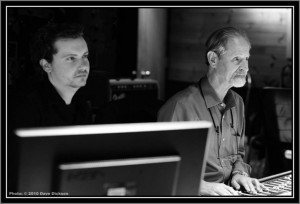 Metalworks Studios is pleased to announce the appointment of Chris Crerar as Studio Manager. Chris Crerar was originally hired by Metalworks Studios as an engineer. Chris quickly rose up the ranks at Metalworks and became the studio’s Head Engineer, and as of July, is now the Studio Manager. The studio has been host to many top artists including Guns N Roses, David Bowie, Prince, and Drake. The facility has also won the CMW award for “Studio of the Year” fourteen times.

Among the projects that Chris has worked on are the Grammy award-winning Prince album “Musicology,” as well as sessions with artists including Nelly Furtado, Dolores O’Riordan of The Cranberries, David Clayton-Thomas, George Canyon, The Barenaked Ladies, Three Days Grace, Ill Scarlett, Born Ruffians, K’Naan, Randy Bachman & Burton Cummings, Serena Ryder, Jill Barber, The Stills and many others.

All the best to Chris Crerar in his new position!