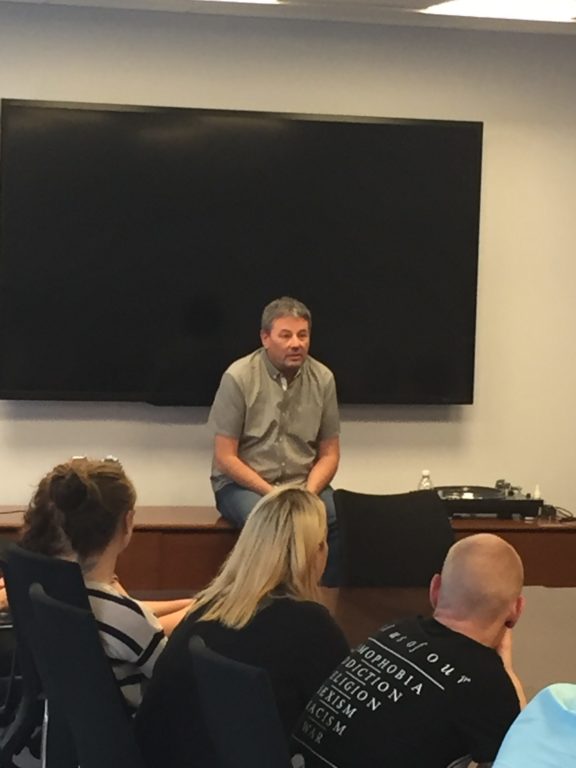 Steve Kane joined Warner Music Canada after over fifteen years in the Canadian music industry. Prior to Warner, Kane was the Senior Vice President of Universal/Island/DefJam Canada from 1998 – 2001 and Senior Vice President of Polygram Records in Canada in 1997. During his career, he also held positions in marketing and promotions at independent label I.R.S. and A&M Records, before becoming General Manager of Virgin Records.

Steve Kane was inducted into the Canadian Music Industry Hall of Fame in May 2015.

Steve Coady began his career as a record industry executive with the A&M/Island/Motown division of PolyGram Records Canada, as the Halifax-based Sales and Promotion representative for Atlantic Canada. He was soon transferred to Toronto; where he went on to hold progressively senior Promotion positions with PolyGram, Sony Music Canada, Zomba Records Canada, and finally Warner Music Canada, where he has been Vice Presidentof National Promotion for 15 years. 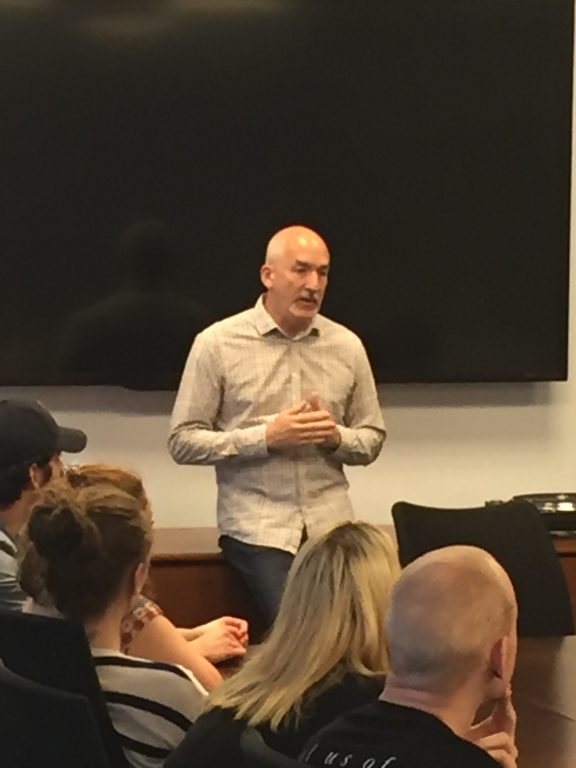 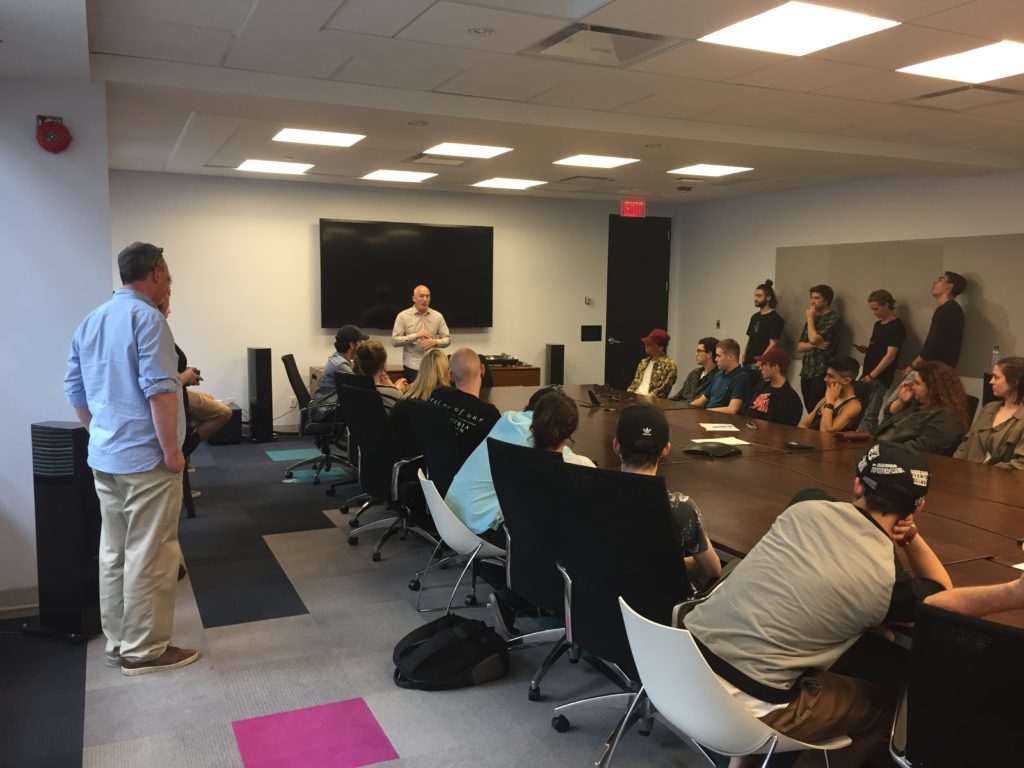 Both these experienced Music Business professionals took the time to make some remarks and answer many student questions. Students then went on a tour of the Warner offices, getting a first hand look at what it’s like to work in the music business!