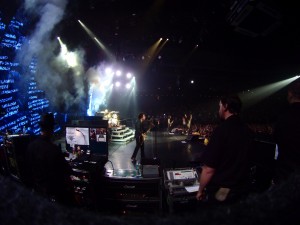 For over 10 years Kevin Hughes has been the Designer and Lead Pyrotechnician for many of the large stage shows seen all over the world today. He has toured with entertainers such as Green Day, Mary J. Blige, Guns and Roses, Rush, Jonas Brothers, Spice Girls, Britney Spears, and My Chemical Romance. His awe inspiring pyrotechnic displays have graced many events and award shows as well. His work has been seen on The Grammy’s, The American Music Awards, The Video Music Awards, The Superbowl, The Tony’s, The Video Game Awards, The Europe Music Awards and The Brit Awards.

The presentation will be held in our lecture hall at 6:00 pm