Metalworks Students recently had the opportunity to speak with acclaimed music producer Mike Clink. With a credit-list totaling more than 250 albums, Mike has engineered and produced some of the biggest names in rock including, Guns N’ Roses, Aerosmith, Megadeth, Whitesnake, Triumph, and many others. During his informative and inspiring 2-hour guest lecture, Mike shared numerous engaging stories about the evolution of his career and provided our students with invaluable insights and strategies for success in the music business.

Mike’s career began with a simply-stated goal that almost all Metalworks students can relate to: “I knew I wanted to make records. I knew I wanted to be in the studio.” This goal led him to Los Angeles where he got his first studio-job at The Record Plant. There, he worked his way up from a job answering phones to a position as an assistant engineer. To this day, initiative remains key to success in the music business.

The collection of experiences that Mike shared with students provided them with many valuable lessons – many of which focused on the theme of how to know when it’s time to take the next step, and when it’s not. Mike discussed the importance of intuition when he told students about how he made the decision to leave his position as an employee at The Record Plant to work as an independent engineer with Survivor (Eye of the Tiger). This decision to move from a stable income to an independent gig with more opportunity is one that many graduates face.

Another decision that many graduates eventually face is deciding when they are ready to move from being an engineer to a producer. The first record that Mike produced was Triumph’s ‘A Sport of Kings’ in 1986, which is when his relationship with Metalworks began. Prior to that record, he had turned down numerous other artists. He explained that, “The reason I turned them down is because I wasn’t ready, and I think it’s important in life that you know what your capabilities are…so I waited until the right moment.” He then spoke about the importance of being open to learning new things, telling students,

“I always learn with every single project I do. I am not the same producer that I was when I did Triumph. I’m just not that same guy. Things that mattered to me then don’t matter to me now, or I’m more focused in other areas. So, I think I’ve grown and gotten exponentially better as a producer as I’ve aged.”

This led to a more focused discussion on the role of the producer. Mike told students about the importance of being assertive and having to make tough decisions for the benefit of the record.

In addition to being deeply informative, Mike’s guest lecture was compelling and entertaining. Students were eager to learn about the early days working with Guns N’ Roses and some of the more unusual recording situations that Mike has worked in over the years, including recording on Yacht. At the end of his guest lecture, Mike answered numerous student questions. He then spent some time speaking with students individually and signed some records that students brought in. Thank you, Mike, for sharing your time and experiences with the Metalworks Community! 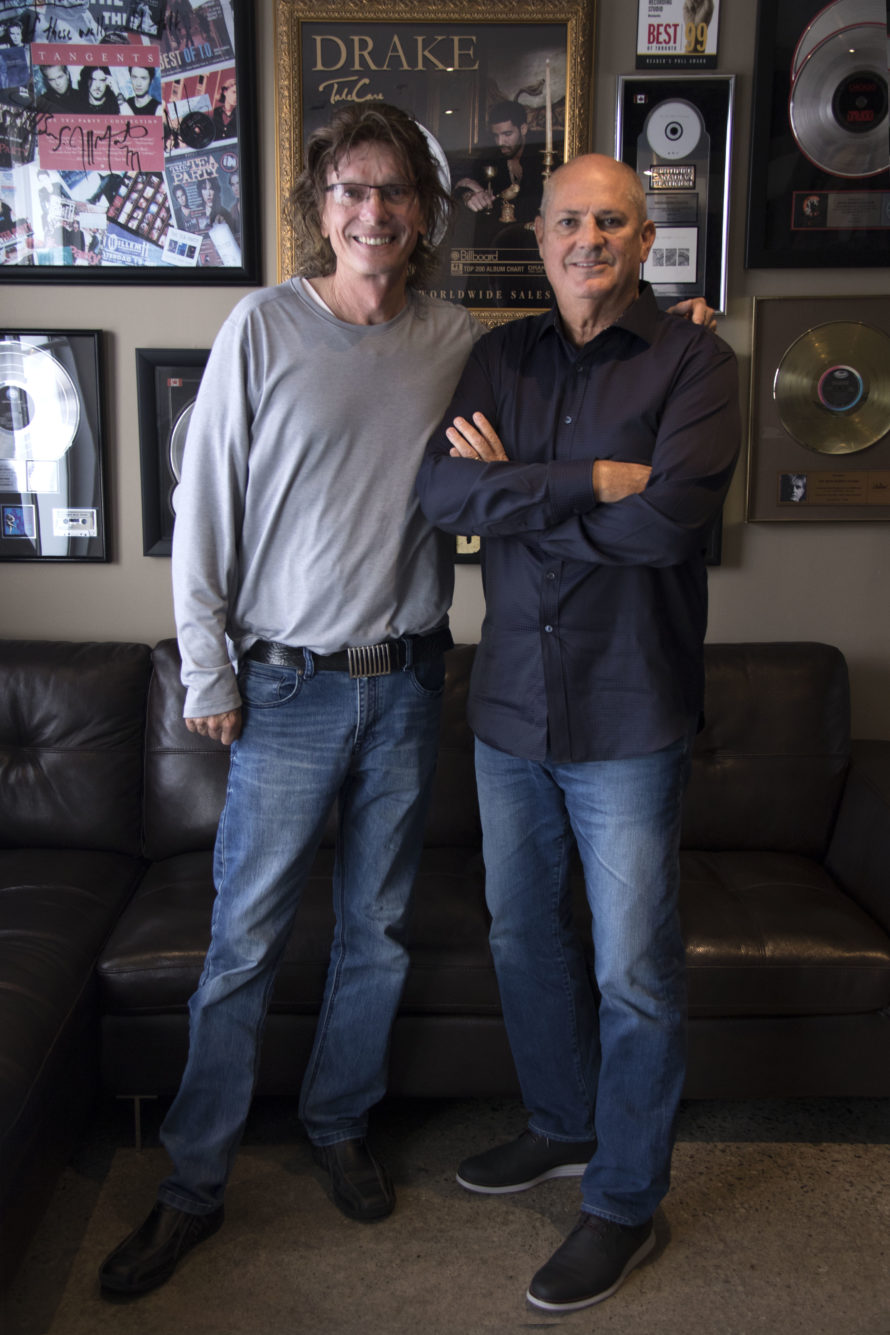 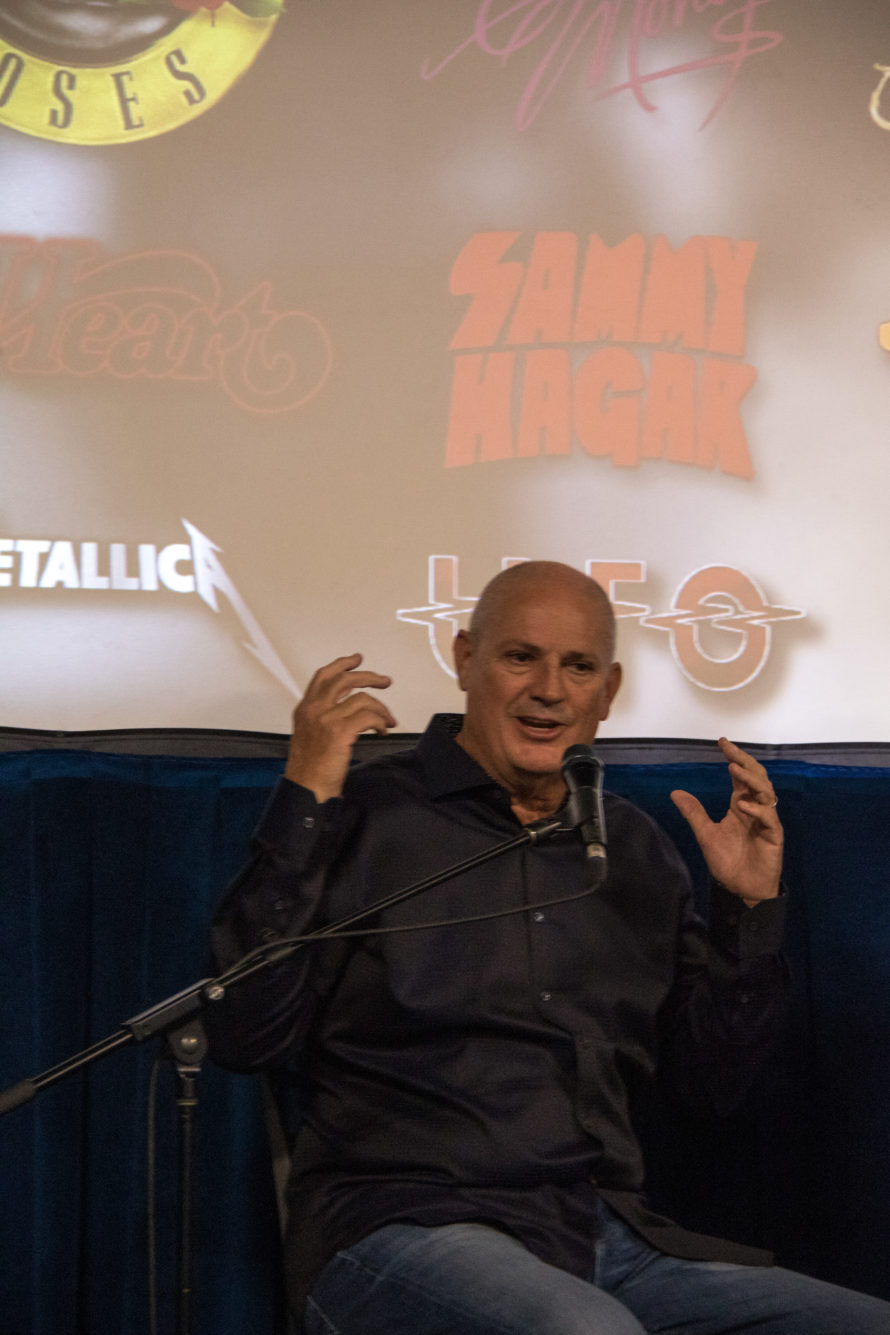 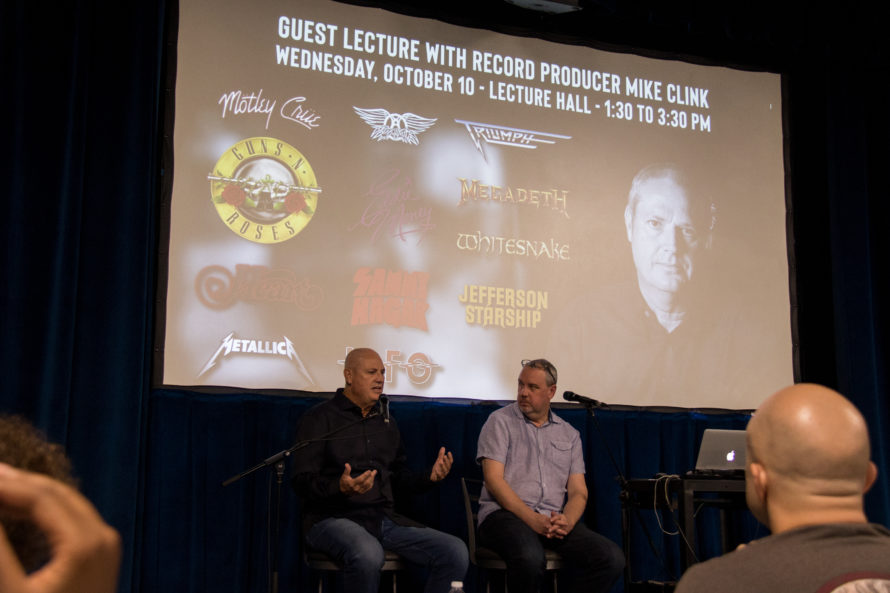 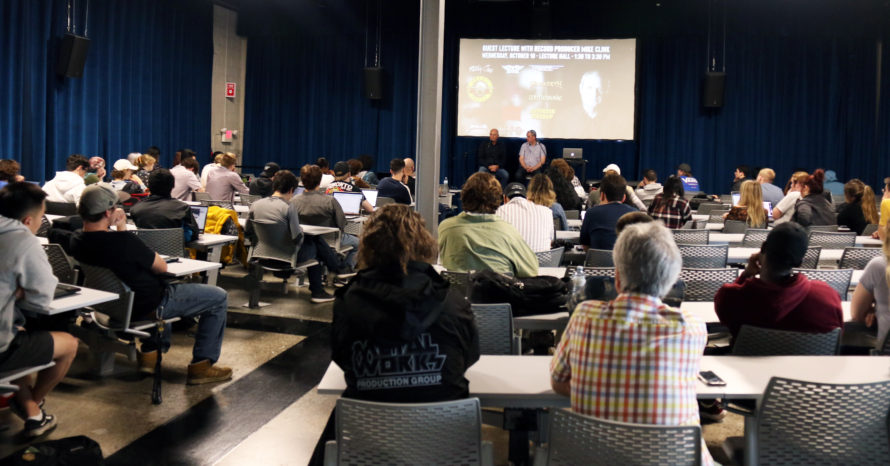 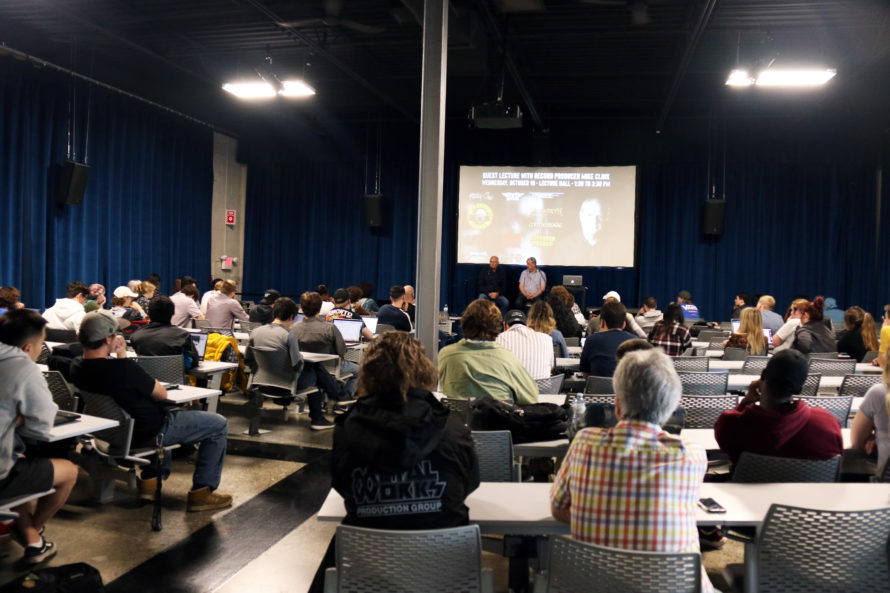 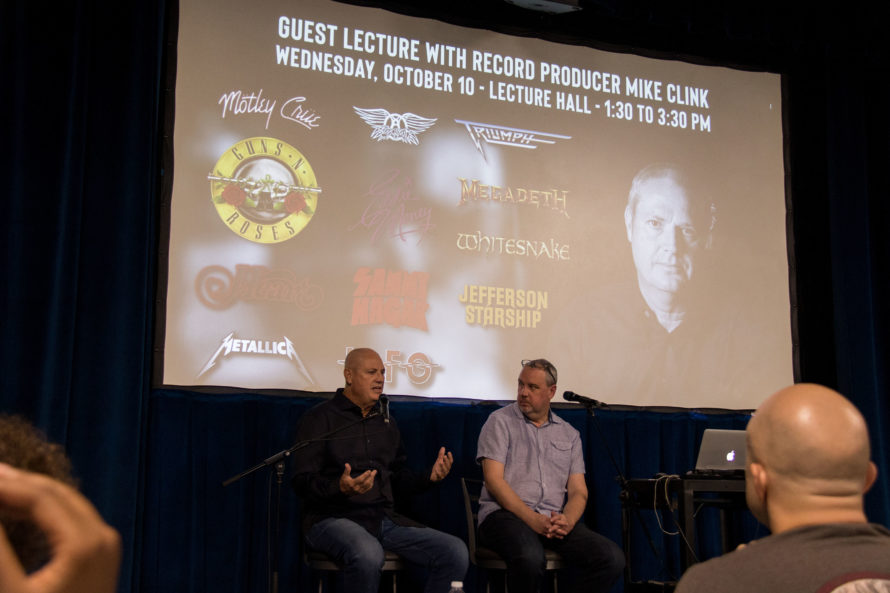 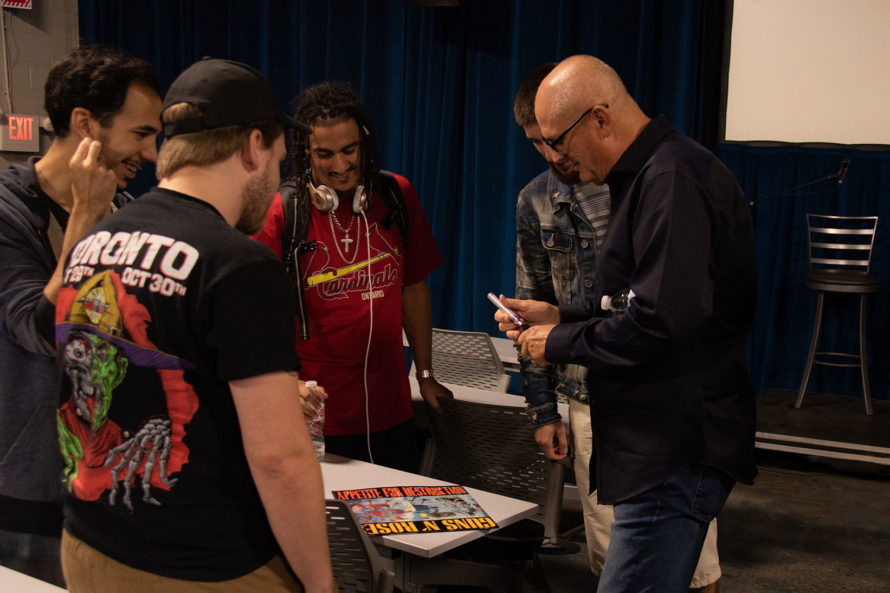 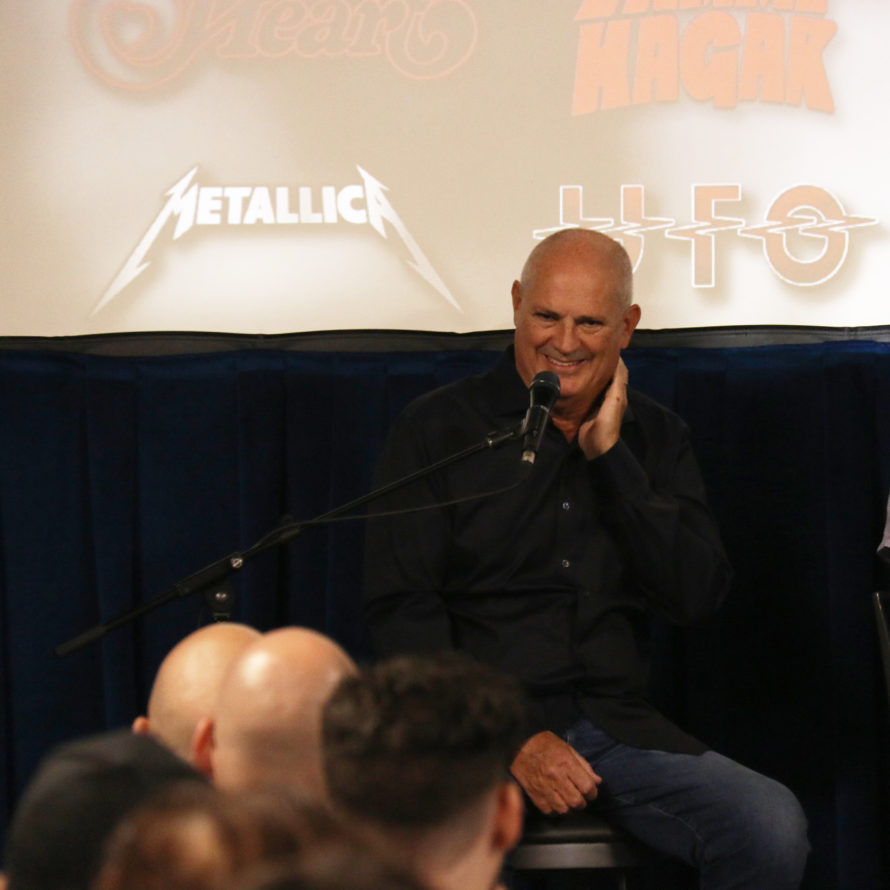 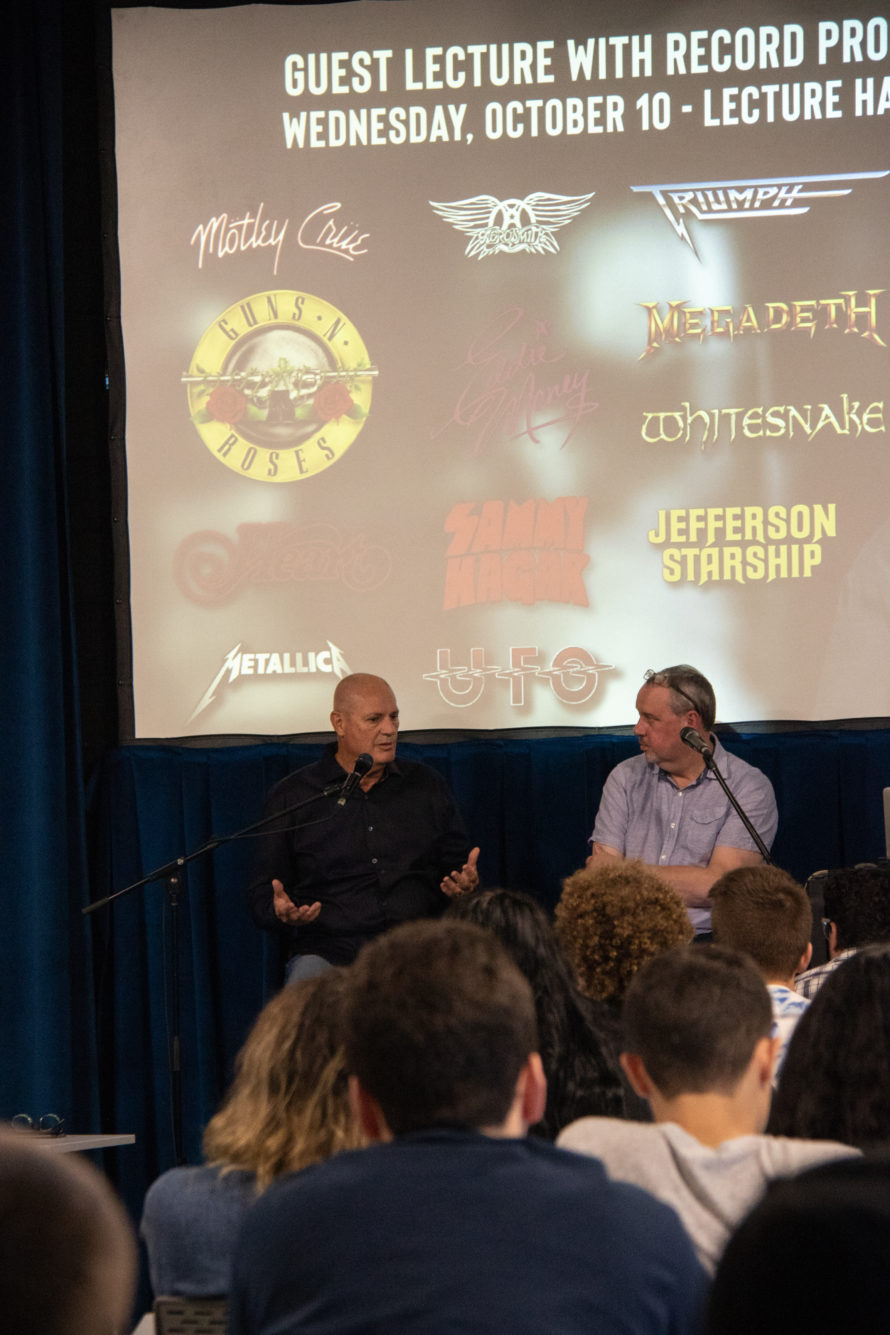 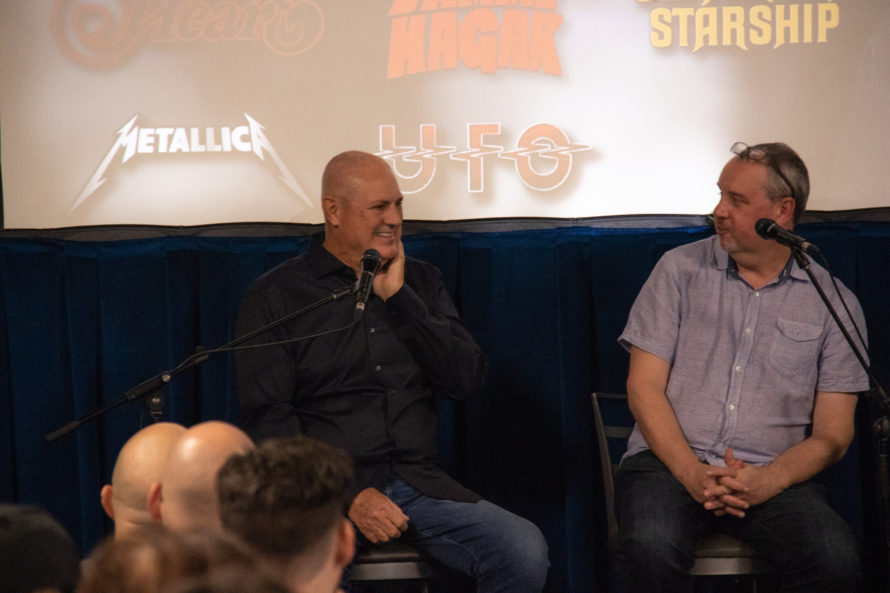 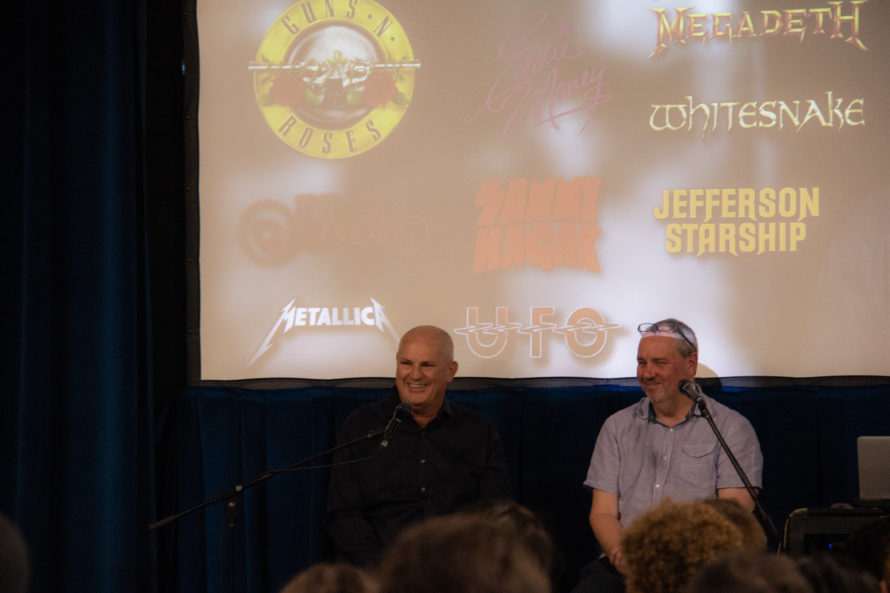 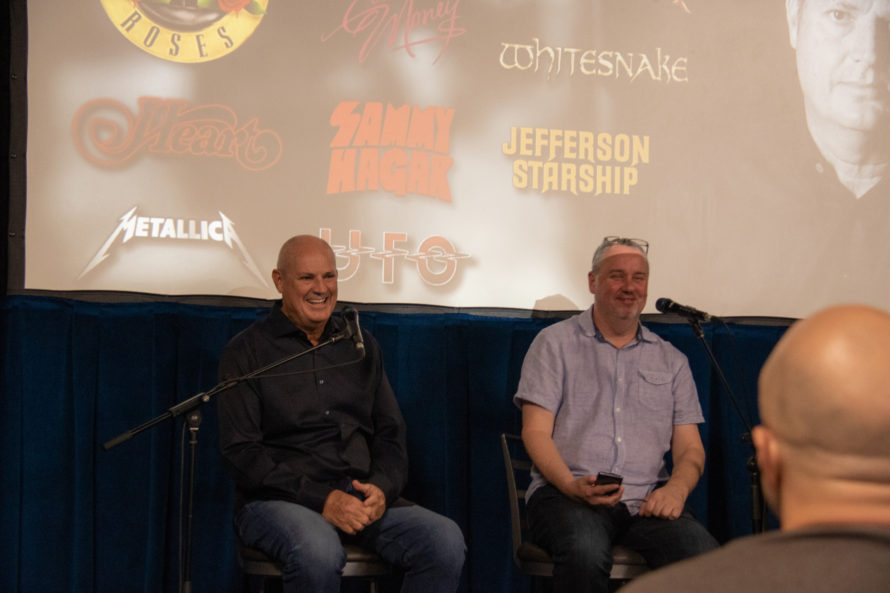 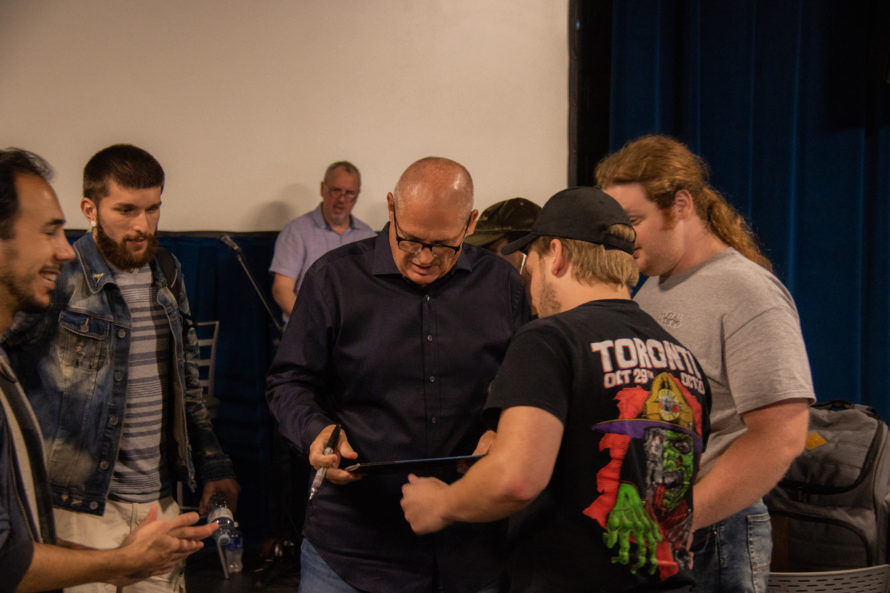 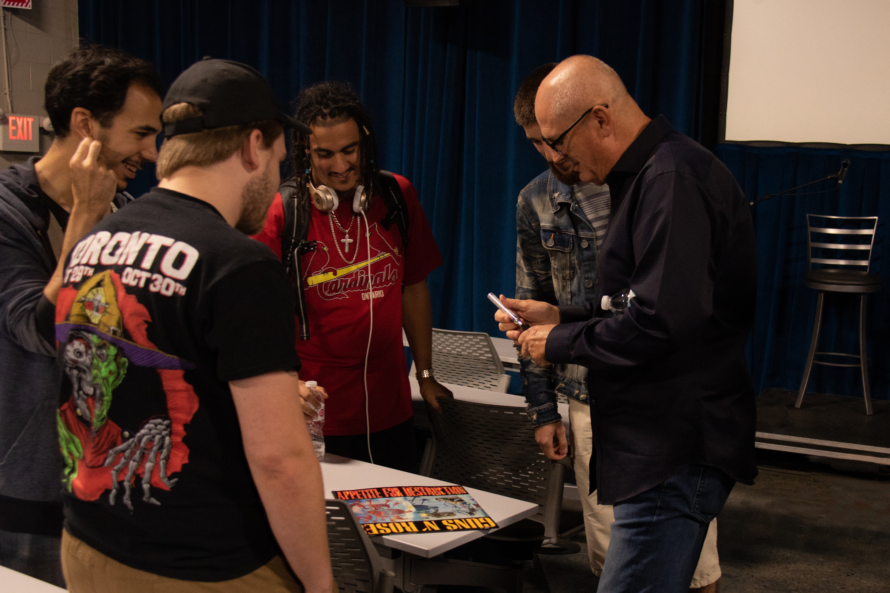 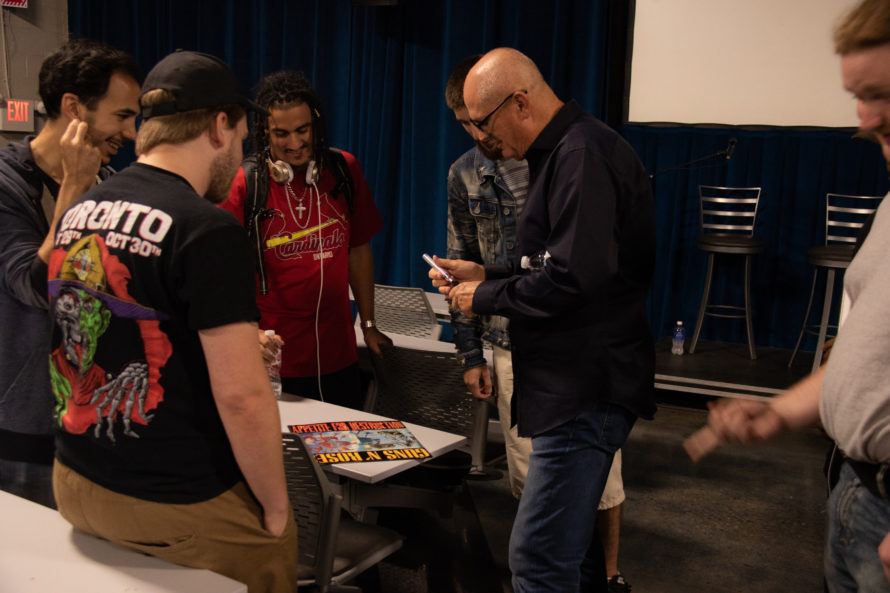 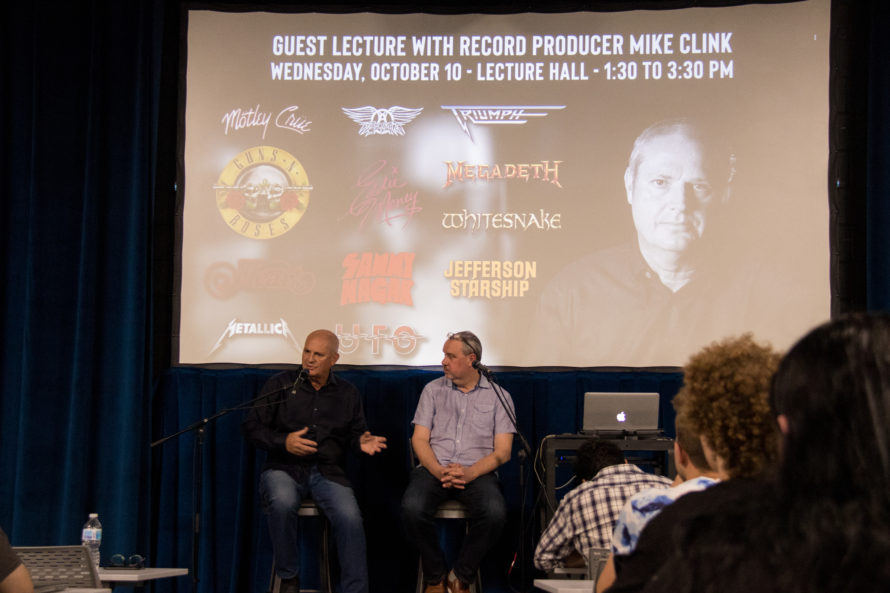