Recently, alumnus Terence Lam (AKA TEE) visited Metalworks Institute to give an insightful guest lecture to students in the Employment Strategies class.

Since graduating from the Audio Production & Engineering Diploma Program in 2010, Terence has become an in-demand music producer, songwriter, audio engineer, and DJ. Having begun his career working for Juno award-winning producer Gavin Brown, TEE then joined multi-platinum GRAMMY and Juno-nominated Canadian production company, KUYA Productions, as a producer and audio engineer in 2012. Two years, later he produced the 2014 Juno award-winning R&B/Soul Record of the Year, “Can’t Choose”. Most recently, he has co-written Billboard Hot 100 hits including the triple-platinum selling track “Here” by Alessia Cara and “Too Good” by Drake.

Terence opened his talk by telling students a bit about how he ended up coming to Metalworks, “I took a chance on it and I knew I was passionate about this stuff [Music]; I didn’t know where it would take me necessarily, so I joined Metalworks and it was honestly one of the best years of my life, because I actually went to school for something I cared about.”

He then spoke about the process of taking the information he learned in his program and applying it to the real world, as he described it, “learning all the intangibles,” including the psychology behind how a producer interacts with an artist and experiencing the nuances studio etiquette. He provided students with specific examples to help guide them in their own careers, and near the end of his talk, Terence offered students some universally applicable advice, “You have to work smart, you’ve got to recognize opportunities, and you’ve got to leverage your skills. Don’t let rejection scare you, don’t let failure scare you, if this what you’re built for, then you’re going to face a lot of obstacles and you’ve got to be ready for that.”

In addition to his work behind the scenes, Terence has also started his own band Bones and Bridges. Check them out on Soundcloud! 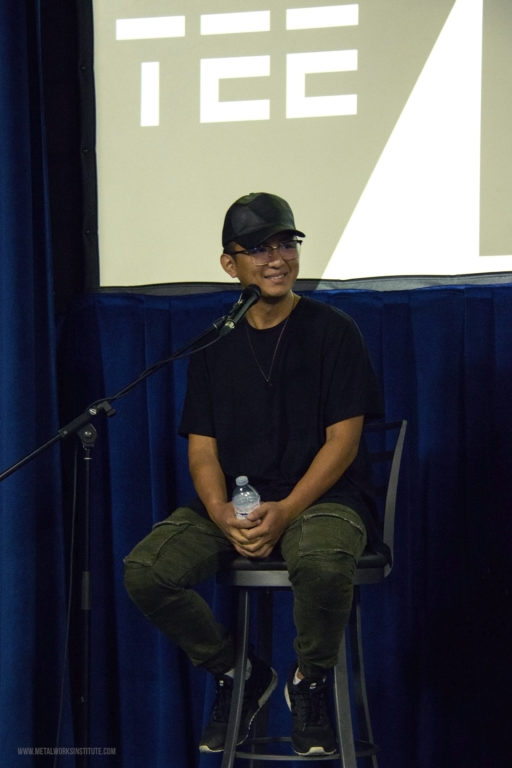 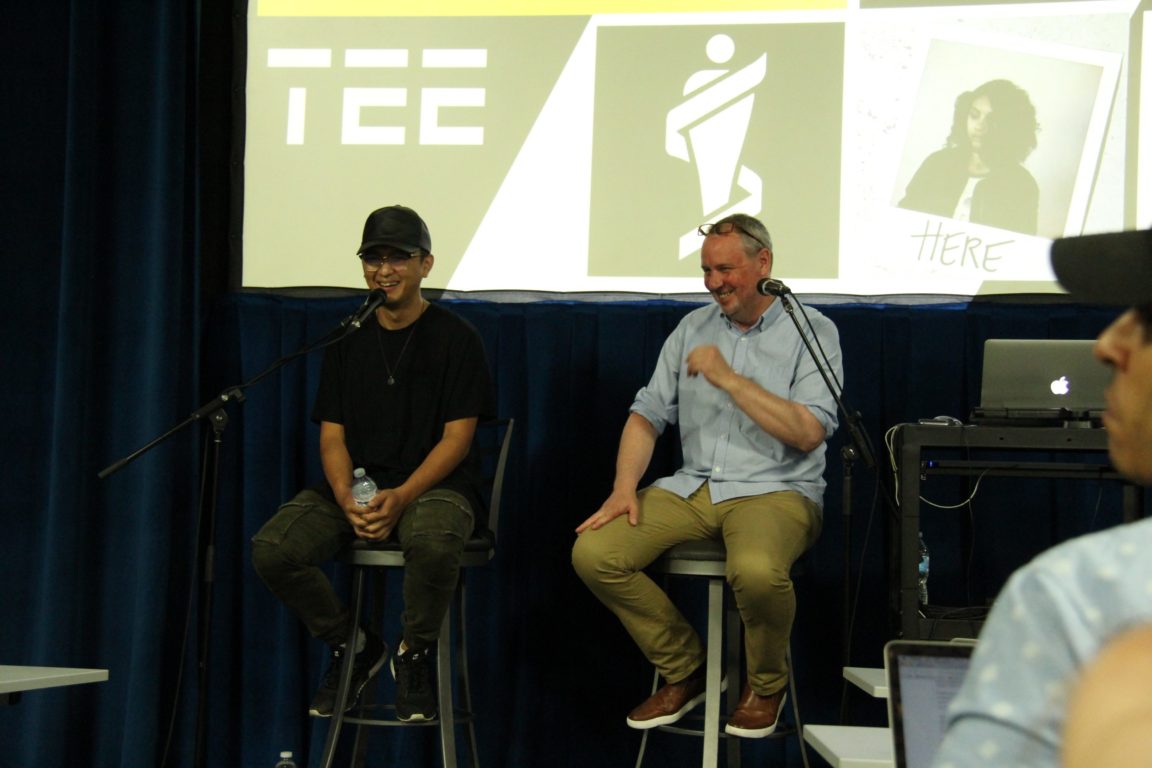 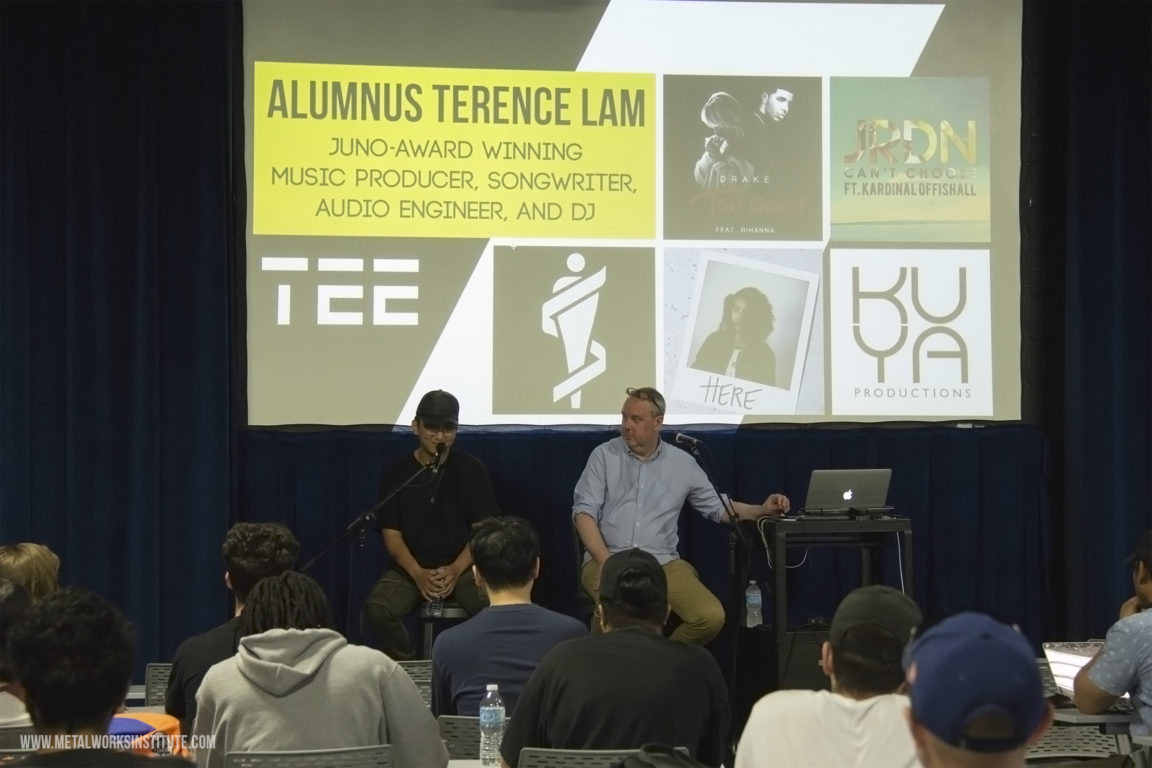