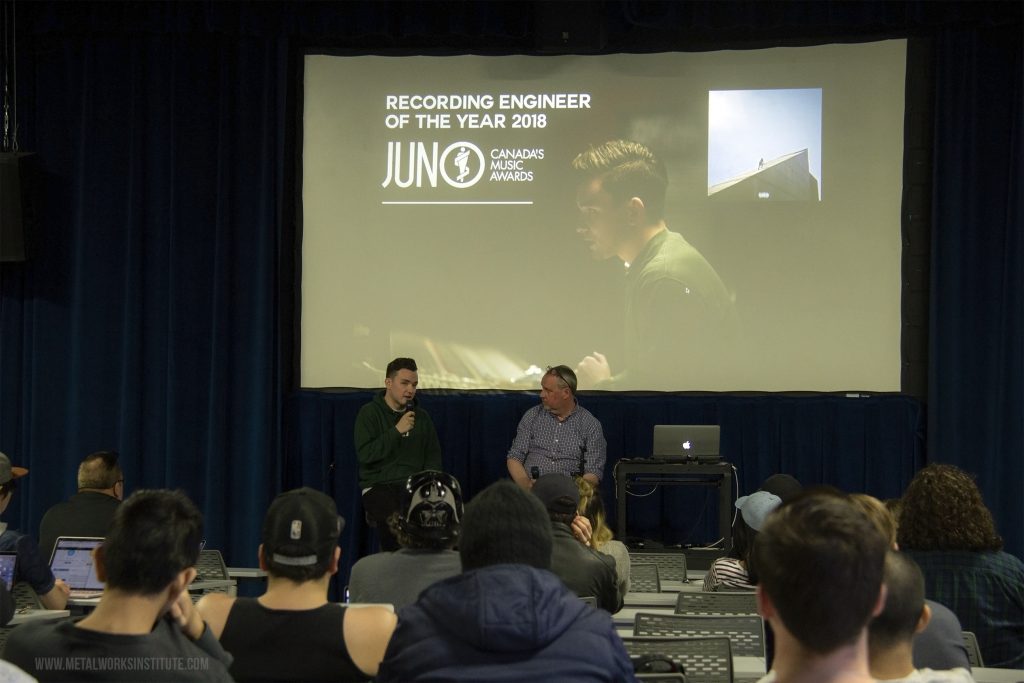 Two weeks after graduating, Riley began interning at Revolution Recording. He was then hired to join the team as a junior engineer, and went on to become a full-time staff engineer before deciding to move on to producing and writing full-time. It was during his three years at Revolution that Riley first started working with Daniel Caesar. Their first project together was the EP Acoustic Break and they have been working together ever since. To date, Daniel has been nominated for Grammy Awards and Juno Awards in multiple categories and won the 2018 Juno Award for R&B/Soul Recording of the Year for the album ‘Freudian’. In addition to his work with Daniel Caesar, Riley continues to work with other artists including Jessie Reyez.

During his guest lecture, Riley spoke about everything from mixing and mastering, to the business side of working as a freelance producer. Riley’s talk provided students with invaluable insights into the process of building a successful career as an audio engineer and producer. One student asked Riley about how he felt when he started his internship just weeks after graduation, to which he replied, “I had great foundational knowledge so if they [the senior engineers] were to teach me something, I knew what they were talking about. Be prepared to accept a challenge.” – Excellent advice from an inspiring young audio professional.