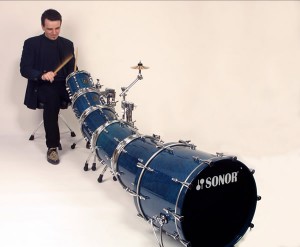 Gavin Harrison is an accomplished drummer who started playing at a young age and is now a member of two British progressive bands, Porcupine Tree and King Crimson. As a young child, Harrison listened to many jazz records his father had collected. These records influenced him to start dreaming of becoming a drummer one day.

Though Harrison has been an active drummer since his early teens, his major breakthrough came in 2002 when he joined Porcupine Tree, an English progressive rock band founded by Steven Wilson in Hemel Hempstead, Hertfordshire, England. The group plays a mixed genre of rock that involves traditional rock, psychedelic rock, and metal.