Toronto musician Jamie Kidd is a multi-instrumentalist, producer, and dj with a career encompassing 15 years through diverse endeavours. Trained as an electric and upright bassist, Jamie graduated with honours in Jazz Performance and Composition from Humber College before recording and touring with rock and funk groups throughout North America in the early 2000’s. Never to remain static for long, Kidd gradually began focusing on improvisation-based ensembles and electronic music, which soon evolved into a passion for audio technology and its potential to elevate our musical expression.

Since 2006 Jamie has been considered one of Toronto’s foremost electronic artists, writing and producing records as part of several projects including techno duo Metalogic. Releasing on internationally renowned labels such as Hidden Agenda (New York), Perc Trax (London), and Thoughtless Music (Toronto), Kidd’s music has been supported by a long list of inspirational producers and dj’s including Richie Hawtin, Adam Beyer, and Laurent Garnier. As an event organizer, Jamie is a co-founder of the esteemed Box of Kittens collective, whose parties have helped reenergize Toronto’s underground since 2007, and been recognized by several publications as one of the top dance music promoters in the country.

An Ableton Live expert, Jamie has been using the software in both live and studio environments since version 1.0. Training from technology innovators Ableton, Apple, and Native Instruments led him to gain a deep knowledge into the well of possibilities these tools can offer to musicians and composers. The years since have seen Kidd perform throughout North America and Europe at packed nightclubs and large festivals including Toronto’s Beats, Breaks, and Culture, Dreams Festival, Eclipse, Electric Island, Foundry, Harvest Festival, Manitoba Electronic Music Exhibition, NXNE, Om, TD Jazz Festival and Time Festival. 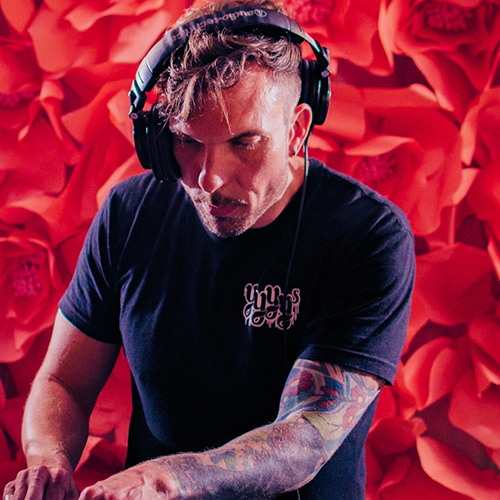 Music is the electrical soil in which the spirit lies, thinks, and invents.Ludwig van Beethoven