Get to know Blair

A fan of both music and technology, Blair Robb is actively involved in exploring the future of the music industry. Driven to continue producing, engineering, and developing great artists, he’s also focused on educational technology, social media, and related start-ups.

Blair’s career in the music industry spans more than a decade. After graduating University in 1997 he was hired at the acclaimed Sony Music Studios in Toronto, Canada. Working with and learning from legendary engineer Lenny DeRose progressed into freelance engineering and the founding of Audio Alchemy Inc.

Through Audio Alchemy, Blair has worked with many prominent producers, artists and songwriters including: Jon Levine on Anjulie, Amanda Stott, and In Essence; Greig Nori on Sum-41; Jay Joyce on Chantal Kreviazuk; Stephan Moccio, Peter Cardinali, and Jay & James on B4-4; and Martin ‘Doc’ McKinney on Esthero, Res, Kelis, Alice Smith, and Aloe Blacc.

Studio engineering led to audio engineering for film, both on-set and in the studio, recording numerous artists, including Rufus Wainwright, Hawksley Workman, Little Jimmy Scott, Lindsay Lohan, Kate Hudson and Matthew McConaughey with Marvin Hamlisch on piano. These opportunities to work with film studios included: Rhombus Media on Stormy Weather; Disney on Confessions of a Teenage Drama Queen; Paramount Pictures on How to Lose a Guy in 10 Days with music producer Don Was; and Universal Studios on Honey with music producer Rodney Jerkins. 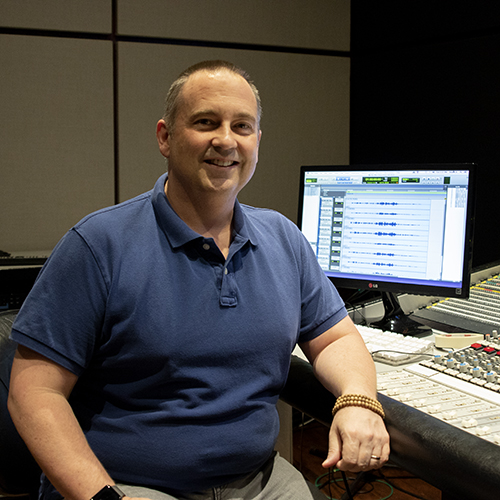 Education is the ability to listen to almost anything without losing your temper or your self-confidence.Robert Frost