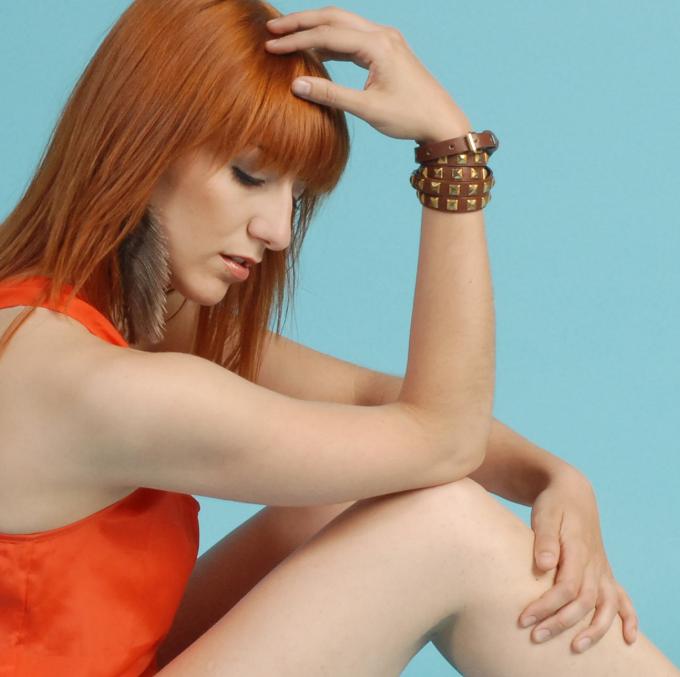 MWI Backstage Pass introduces the JULIE C up close and personal in the south auditorium. Watch and listen to her perform some of her songs and talk about performing, songwriting and her experiences in the music business.

Born in Montreal, Canada, singer/songwriter Julie Crochetiere aka “Julie C” relocated to Toronto at the age of 19 to perform in the all girl band Sugar Jones. The group achieved enormous success including national fame from the Canadian Pop Stars TV show, two top 10 hits, 2 national tours (one opening for Destiny’s Child and a second as the head liner) and a platinum selling album. After the group disbanded, Julie continued to hone her songwriting and piano skills performing in bars and clubs in the Toronto and Montreal music scenes and in 2003 she released her 6 song EP “Cafe”.

Julie and her band went on the road to promote the EP performing in festivals and clubs across North America. While on the road she continued to write and record and in 2007 with the help of Montreal drummer Tony Albino, she co-produced and released her first full length album “A Better Place”. The first single “Precious Love”, enjoyed considerable airplay in Canada, France, and America and earned Julie several award nominations including a 2009 Canadian Radio Music Award nomination for best song.  In 2011, Julie released her second full length album “Steady Ground”.  Songs from this album have appeared in the hit USA TV shows “Criminal Minds” and “NCIS Los Angeles” as well as video games, TV commercials and compilation albums in Europe and the USA. For more info, please visit www.youtube.com/juliecrochetiere.

Located just outside of Toronto, our Institute is the educational creation and natural extension of renowned Metalworks Studios, home to some of the world’s most successful artists and producers. Diploma programs have been designed for those who wish to understand the complexities of the entertainment industry and build a successful career on a solid base of knowledge. We are providing an opportunity for students to explore their art through the understanding of its science.

TO JOIN THE LIVE AUDIENCE, PLEASE RSVP TO: rsvp@metalworksinstitute.com     (space is limited, so RSVP NOW!)