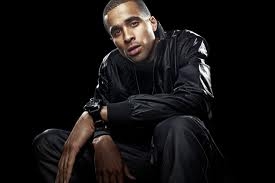 On Monday, June 11th from 7:30pm-8:30pm EST, MWI Backstage Pass introduces JRDN up close and personal in the south auditorium. Watch and listen to him perform some of his songs and talk about performing, songwriting and his experiences in the music business.

Emerging Canadian R&B/hip-hop star JRDN is making up for a late start in his music career in a big way with the soulful songs from his forthcoming second album. Jordan Croucher grew up in Halifax and Toronto and, even though it was evident that the youngster had an excellent voice, music took a back seat to basketball in high school and at St. Francis Xavier University in Antigonish, Nova Scotia — which led to a year playing professionally in France. Croucher elected to give up on his hoop dreams and re-immersed himself in music by working with Halifax producer Trobiz and recording mix tapes with the groups N.E.P. and Triple Threat. He eventually hooked up with multi-Juno Award-nominated artist/producer Classified (Luke Boyd), who produced Croucher’s 2007 debut album, No Dress Code. The album earned him a CBC Galaxie Rising Star prize, an East Coast Music Award nomination and an appearance on the CBC Television special, Barenaked East Coast Music. He has toured across Canada with the likes of Maestro and opened Ne-Yo, Snoop Dogg, Rihanna, Nas and Juelz Santana.

He has worked with Toronto’s Grammy Award-nominated Kuya Productions songwriting and production team, who’ve worked with some of the biggest names in the business, including Nelly, Mase, Ginuwine, Jesse McCartney, Nicole Scherzinger and Akon and spent time in New York City, Los Angeles, Atlanta and various Canadian outposts writing and recording songs for his sophomore album. Since he’s adopted the abbreviated stage name and surrounded himself with all new people since No Dress Code, JRDN in some ways sees his latest LP as another debut effort. There’s a noticeable difference in the sonics between the old and new material, and JRDN has also turned a page lyrically.

The single “U Can Have It All” has been well received at radio and the song’s video has a surprising twist at the end that was inspired by The Jackson 5’s 1971 hit, “Sugar Daddy.” JRDN may not have soared as high as namesake Michael Jordan on the basketball court, but the sky’s the limit as far as JRDN’s music career is concerned. All signs indicate that he really can have it all. www.jrdnmusic.com