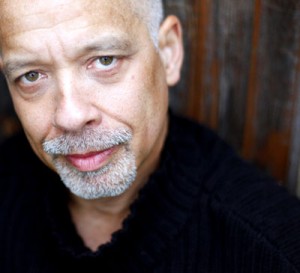 On Monday, April 23rd from 7:30pm to 8:30pm EST, MWI Backstage Pass introduces internationally renowned author and Grammy & Juno Award-winning singer / songwriter, Dan Hill, up close and personal in the south auditorium. Watch and listen to him perform some of his songs and talk about performing, songwriting and his experiences in the music business.

In 2009, Dan Hill published his highly acclaimed memoir, I Am My Father’s Son (HarperCollins Canada). On the heels of completing his memoir, Hill recorded his fourteenth album, Intimate, with producers Matthew McCauley and Fred Mollin. Released in March 2010, the album features new songs such as the CD’s lead track “(Don’t Tell Me) How I Feel” and versions of his hit songs recorded by 98 Degrees, Backstreet Boys, Reba McEntire and Michael W. Smith. Last October, after becoming friends with the world’s greatest boxer Manny Pacquiao, Hill and his producers joined Pacquiao at Capital Recording Studios in Hollywood, California to record “Sometimes When We Touch.” Out of this recording, emerged multiple session versions of the song (including a hip-hop version with Toronto based, Grammy-winning producer, Boi-1da); a four–minute music video and a twenty six-minute documentary issued together as the CD/DVD combo set, Sometimes When We Touch: Manny Pacquiao Sings featuring Dan Hill.

Hill kicked off 2011 touring the Philippines, where he played a sold out show with Stephen Bishop and Yvonne Elliman at the Araneta Coliseum in Manila. Following this, Hill found himself front and centre for the JUNO Awards 40th Anniversary celebrations, where he presented the “Pop LP of the Year” award, performed in the JUNO Decades shows and was featured in the book, Music from Far and Wide: Celebrating Forty Years of the JUNO Awards (Key Porter Books). Currently, Hill divides his time between writing songs and prose. In addition to writing several feature articles for leading publications and his regular column for Diabetes Magazine, he has captured his experiences with Pacquiao in The Globe and Mail and Maclean’s magazine. www.danhill.com

TO JOIN THE LIVE AUDIENCE, PLEASE RSVP TO: rsvp@metalworksinstitute.com (space is limited, so RSVP NOW!)

TO JOIN US ONLINE, https://metalworksinstitute.com/back-stage-pass