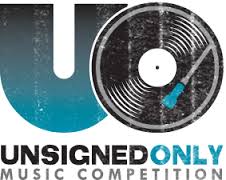 January 23, 2014 – Unsigned Only Music Competition announced its judging panel and mentors for the 2014 competition, which is now accepting entries. Judges consist of iconic recording artists and journalists, each bringing unique expertise in a wide variety of contemporary music genres. Mentors include the top echelon of record company executives, ranging from label Presidents to A&R reps.

Designed for solo artists, bands, and singers who are not signed to a major label, Unsigned Only’s goal is to find an outstanding, talented performing artist: a band, singer, or solo artist. The Grand Prize Winner will be awarded $10,000 in cash (plus additional prizes) and one-on-one mentoring by an elite group of record company executives. First and Second Place winners in each of ten categories of contemporary music will also be chosen. Original and cover songs are accepted. Winners will be announced in August, 2014.

“We are honored that so many high-profile, influential artists and music journalists have signed on to be judges,” says Founders/Directors Candace Avery and Jim Morgan. “Additionally, the mentors this year are equally impressive, coming from labels such as Republic Records, Capitol, Sire, Warner Bros., Atlantic, Elektra, RocNation, Word, and more. We are thrilled that they want to participate, and we know that the Grand Prize winner will benefit greatly from the opportunity to network with them.”

Last year’s Grand Prize winner was country artist Wes Mack for his song “Duet.” Wes commented, “Winning Unsigned Only proved exceptionally beneficial, and it actually helped us push the song higher in the charts (it peaked at #9 on the Canadian Country Billboard Chart). The mentoring sessions were great, and Unsigned Only has been a phenomenal experience and one I feel very lucky to have had.”

For entry and general information, please go to http://www.unsignedonly.com