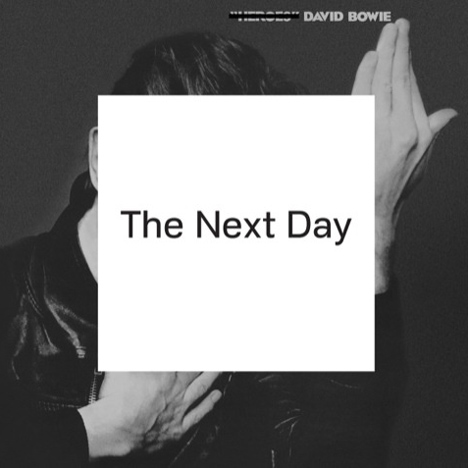 With this year marking the release of David Bowie’s 1st new studio album in 10 years, I wanted to take the opportunity to blog about one of Popular Music’s most respected and admired performers & songwriters. You see, David Bowie is NOT just another Rock musician nor JUST another songwriter. Since 1969, he has become something much more than that. His music has penetrated the minds of millions, been embraced by almost as many and adopted or copied by millions more. Whether you enjoy the music of David Bowie or not, there is simply no denying how pervasive his impact has been on Popular music.

For the record, his new album ‘The Next Day‘ (released March 12, 2013), is by far one his BEST recordings (so far) in the 21st century. By no means does it belong among the rank & file of his early to mid 1970s albums, but there are distinct hints of his past in both the music and lyrics. If you are a true fan of Bowie, then you will no doubt enjoy it as much as I am.

But if I was to begin a blog about David Bowie, I would obligingly begin with the album that rocked Great Britain and eventually coursed its’ way through the auditory canals and blood streams of thousands of Rock music fans who were actively looking (or waiting?) for something that could capture their imaginations, emotions and instincts so quickly. Something… different.

Bowie’s 1st 3 solo albums (1969-1971) drew a little bit of attention in both the UK and USA/Canada but nothing remarkable, only minor UK hits and little airplay action here. Then came 1972. Then came ‘The Rise & Fall of Ziggy Stardust And The Spiders From Mars‘.

One should be aware of how much this album & Bowie himself influenced countless teenagers with their fashion sense, their self identity and their life perspective during the 1970s and for many years after. Below is some interesting info about the album that might help spark some younger music fans’ interest enough to want to check out this fantastic album, originally released in June of 1972 and now 41 years old.

First, we must look at everything else that was going on around Bowie at the time. For one thing, Marc Bolan and T. Rex were the #1 game in town and the leader of the Glam movement. It wasn’t hard to see that Bowie borrowed from Bolan. Meanwhile, the world was also being gleaned on future shock ideals and fiction with movies like “2001:A Space Odyssey“ and “A Clockwork Orange“. Bowie has always admitted that throughout his career, he “borrowed” from others, which enabled him to achieve the legendary notoriety of being Rock music’s true “chameleon”.

On Ziggy Stardust, songs such as “Starman“, “Lady Stardust“, “Soul Love“, “Five Years“ and “Rock N’ Roll Suicide“ reflected more of Bowie’s love of American Folk and Soul music, with the songs revolving around the 12 string acoustic, Bowie’s instrument of penmanship and blasts of strings and horns that pepper each song and helped course the emotional ride.

Mix it all with the steady rhythm section of Trevor Bolder (Bass) and Woody Woodmansey (Drums) and Mick Ronson’s (Died 1993) illustrious & distinct Gibson power chords and the result was highly charged and infectious Rock music at its’ best.  Things really heat up on the title track (the concept story unfolded in this song), and “Suffragette City“ “Star“ and “Hang Onto Yourself“.

What always captivated me was the immense influence and imprint that Mick Ronson left on the album. He was Bowie’s right hand man, lead guitarist and classically trained arranger of the string and horn sections. I always felt that without Ronson, Ziggy Stardust would never have been as good as it turned out to be.

Of course, nothing can compare to some of the original live performances in 1972 and 1973 , however Bowie was just as entertaining at his various TV appearances in his full Glam regalia and fashion. Check out ‘Starman’ from Top Of The Pops TV show and enjoy…