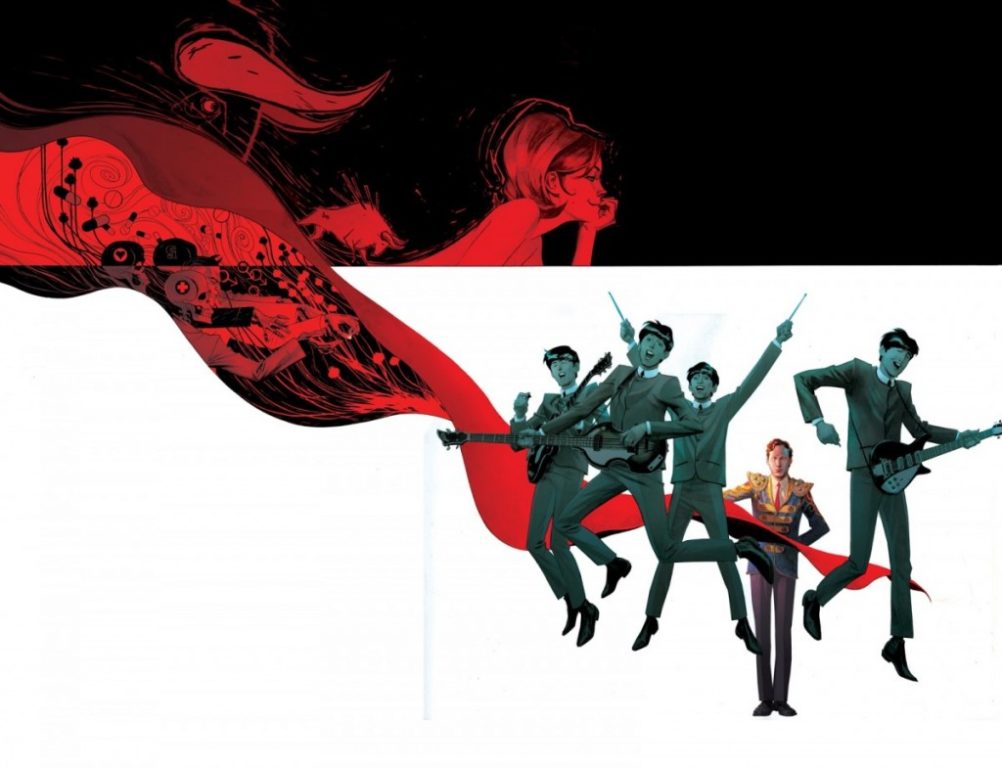 Possibly, you have heard this pop culture title before. Depending on where you heard it and from whom, it could be referring to a number of people.

The term ‘The Fifth Beatle‘ arose during the Beatles reign of Pop/Rock music in the 1960s. Coined by the press, ‘The Fifth Beatle’ was not an official title or name. Thanks to the mainstream press and UK Music media, the meteoric rise to fame & popularity by The Beatles, was analyzed and over-analyzed. Most were obsessed with the band and many evolved their deductions to include the un-named person who ‘had’ to be part of the equation to success.

The first to assume the mantle of ‘the Fifth Beatle’ was an over-the-hill sycophant radio US DJ by the name of ‘Murray The K‘. Not much more than a media mouth piece for the band, there is no question the relentless promotion and airplay by Murray The K and countless others, like him, in Canada and the USA helped with the bands’ success, but hardly worthy of the prestigious title ‘The Fifth Beatle’.

George Martin, the famous Record Producer behind all (but one) of The Beatles studio albums, was also a contender for the mystical title. With his immense musical talent behind the board and equally in the studio, Martin furnished a home-away-from-home in Abbey Road for the Beatles to create their musical magic. His guidance and mentorship in the studio helped the band become what they became and their music is the lasting evidence of his contributions. However, did this make George Martin ‘The Fifth Beatle’?

Another likely contender for ‘The Fifth Beatle’ was none other than Billy Preston. Preston, who was African-American, brought the much needed and desired American Soul sound to The Beatles music. Hailing from the South, Billy Preston grew up in Gospel households and churches, and as a teenager was exposed to just about every kind of music from US radio – Blues, Gospel, Jazz, R&B, Soul, Rock n’ Roll. Preston’s Hammond B-3 organ gave new life to Beatles recordings such as Get Back’, and the legendary ‘Abbey Road’ album, especially on the tracks ‘Something’ and ”I Want You (She’s So Heavy)”. In fact, at one time John Lennon proposed that Preston become ‘The Fifth Beatle’, to which Paul McCartney replied “…it’s bad enough with four”. Strong contender for the illustrious title, ‘The Fifth Beatle’, but not officially.

No, ‘The Fifth Beatle’ title will eventually go down in history belonging to none other than the Beatles’ 1st manager – Brian Epstein. In 1997, Paul McCartney, when speaking to the BBC about The Beatles, emphatically declared that Epstein was without a doubt, ‘The Fifth Beatle’.

Brian Epstein, who died of accidental overdose in 1968, was the sole person who kept the Beatles machine running. While his inexperience & oversights as a manager may have caused some future problems for the Beatles, his tenacity, dedication and unrelenting support for the band was what brought them the success they desired.

As a homosexual and a Jew in the 1960s, Epstein endured many harsh criticisms and prejudices of that era, but persevered. His loyalty to his band and his love of the music proved much more worthy to all involved.

Now, 45 years after his demise at age 32, Brian Epstein is getting the acknowledgement of his contributions again. While, sadly, not yet recognized by the Rock N’ Roll Hall Of Fame’ in Cleveland, a new generation of Beatles music lovers and admirers are discovering Epstein all over again.

This Fall on Nov. 19, Dark Horse Publications (no relation to George Harrison’s Dark Horse Production) are releasing one of the most anticipated & talked about Graphic Novels – “The Fifth Beatle’ by Vivak Tiwary & Andrew Robinson

There are even plans to develop the book into a movie. Overall, the story, by Tiwary, delves into the many aspects of Epstein’s life and career, from his humble middle class Liverpool beginnings in his father furniture store, to his discovery of The Beatles in the legendary club ‘The Cavern‘, to his tenure as Beatles manager, to his death in 1968. The highs, the lows and everything in between. The illustrations and art by Andrew Robinson are flawless and expertly captures the colors, the vibe and zeitgeist of the Beatles’ 1960s.

For any Beatles fan, young or old, this book ‘The Fifth Beatle’ is a must have for your Beatles collection.