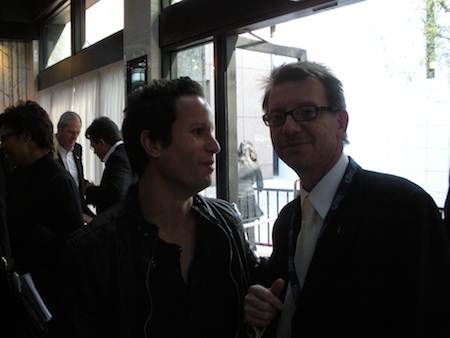 There was a time when sync placements (synchronization licenses) could be a lucrative source of income for songwriters. But, just as artists have seen their incomes from CD sales decline, the potential income from sync placements has also declined considerably in the past 10 years. Which promptly begs the question: what is a sync placement in a film or television show really worth?

For the uninitiated, a synchronization license (commonly known in the business as a ‘synch’) is a license to use a song in a film, television program, television ad, video game, or any other medium involving the synchronization of sound with visual images. The producers of the film, television show, etc. will negotiate a fee with the copyright holder, often the songwriter’s publishing company. This is a flat, one-time fee, regardless of how many times the song may be used in the film, show or game.

(The film/television producer will also have to negotiate a master license fee with the owners of the master recording of the song, usually the artist’s record label.)

Sync placements have long been considered a choice source of income for rights holders. Major artists could expect to see sync license fees of tens of thousands of dollars when their songs were placed in major Hollywood films, television shows or national television commercials. But there are many who believe those days may be waning.

At a recent address at AIM’s Synch Licensing Conference (AIM is the UK’s Association of Independent Music), music supervisor PJ Bloom went a step further, arguing that the time may have come where labels and publishing companies should be paying the television and film producers to use their music.

“Personally I’m shocked that [labels] don’t pay [studios] to get your music in there,” said Bloom, who’s been the music supervisor on popular shows such as Glee and CSI: Miami.
“I don’t say that to piss anybody off, I’m just saying that it’s amazing to me that we still pay anything for it. To me the potential disclosure opportunity is immense and potentially a great thing.”

In many ways, this is the same argument that music file sharers have used since the days of Napster: namely, that the exposure of the music via illegal file swapping is more valuable than the actual cost of a legal download. Undoubtedly the labels and music publishers will beg to differ, but it does raise the question: how much is the exposure of a song through a show like Glee really worth?