Jason Reynolds is a highly accomplished live sound professional. Originally from Kingston, Jamaica, Jason became passionate about Sound and Production while attending Pentecostal Tabernacle church. Now a seasoned professional, Jason has toured the world doing live sound for multiple superstars including touring with Stephen Marley and mixing Front of House for Grammy Award-winning, reggae superstar, Koffee. He is both the production manager and monitor engineer for the Grammy Award-winning, Diamond-certified artist Shaggy, as well as tour manager/ FOH engineer for Magic!, the band behind the number one hit “Rude”.

Getting back to his roots, Jason has mixed Front of House for some of the biggest names in gospel music including Tye Tribbett, Donnie McClurkin, Tasha Cobbs-Leonard, Toronto Mass Choir and many others. Jason has been a part of numerous live recordings in Toronto as front of house engineer, including Ricky Dillard: the 7th Episode, Live in Toronto, which won two Stellar Awards, and Toronto Mass Choir’s Covenant Award winning live album: Made for Worship.

When Jason is not on tour, he provides technical support to numerous churches across the GTA. He is the technical director at Faith Sanctuary Pentecostal Church and is a freelance audio engineer. He holds the responsibility of Account Executive and Labour coordinator at Production Service Industries (PSI) in St. Catherine’s, Ontario. In 2019, Jason became a member of the DPA Masters Club, an elite group of engineers worldwide who represent the brand and he currently endorses Gruv Gear, JH Audio, Radial Engineering and iConnectivity Interfaces.  Jason has accomplished many things in the field of Live Sound but if you ask him, he will simply tell you that he is blessed. 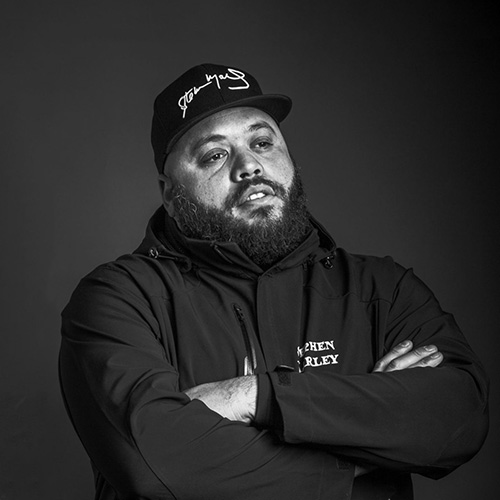 Possessions make you rich? I don’t have that type of richness. My richness is life, forever.Bob Marley