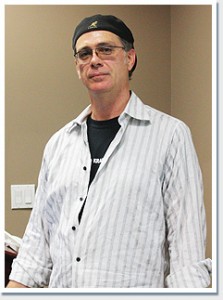 Like many others before him in the music industry, Doug Caldwell began his career in the radio industry; spending eight years in Nova Scotia developing his talents as Music Director and Announcer for Q104FM Rock Radio, Annapolis Valley Radio and CKDU. As an announcer during various morning, mid-day, afternoon and evening shifts, Doug developed his style as a personality-driven on-air talent reaching many demographics. He also played an integral role in the development of the Music Library as Music Director and Custodian of Music for the station.

Before long, the idea of working in Canada’s music industry led to a job as National Promotion Director for Island Records Canada. There, for over two years, he worked on projects by acts such as Melissa Etheridge, Marianne Faithful and Canada’s own – and future MP – Andrew Cash. Following Island Records, Doug spent seven years with Virgin Music Canada as National Marketing Manager as well as Promotions and A&R Representative, where he worked on projects from an extensive list of well known acts such as Spice Girls, David Bowie, The Rolling Stones, Lenny Kravitz and The Smashing Pumpkins. Doug rounded out this chapter in his career by working the next seven years with major label EMI Music Canada, as Director of Marketing Strategies for EMI’s Associated Labels Division. During this time, Doug worked with many different acts involving various genres of music; from country, pop and rock to dance, metal and aboriginal music.

Since leaving EMI in 2007, Doug has spent his time working independently with Sparks Music (Papermaps, Morgan Cameron Ross), providing them with help regarding their distribution, sales, production and marketing. Since 2006, Doug has also operated his own import niche Japan CD online business Tiger Mountain Music.

As part of this latest chapter in his career, Doug has made his mark as a post graduate education instructor for our Institute where he has been teaching Styles & Genres since 2008.