Of all the sub genres of music, and in particular Jazz music, the once mighty proud sound of Jazz Fusion may seem like a dying art form. A quick browse through the genre section of the awesome website rateyourmusic.com reveals fewer and fewer groups dedicated to this lost art form. But, thankfully, it is NOT dead yet… 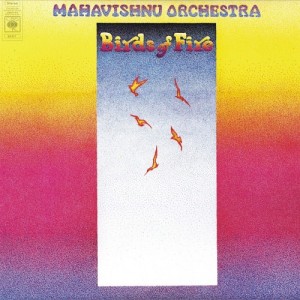 Photo Courtesy of All Music

At one time, in the mid to late 60s, Miles Davis and a few other UK based contemporaries, such as Graham Bond & Manfred Mann were dabbling in what would become known as ‘Jazz Fusion’ or ‘Jazz Rock’. Miles Davis, already a well- respected living legend of Jazz, was taking a keen interest in the Psychedelic movement and music scene, not to mention his admiration of just about anything Jimi Hendrix was doing. Having finished a string of gentile recordings in the 60s with the Canadian born arranger Gil Evans, Miles was anxious to put his newer musical thoughts and aspirations on record. With the help of the younger players he mentored – English guitar virtuoso John McLaughlin, Austrian keyboardist, Joe Zawinul, Herbie Hancock, Wayne Shorter and drummer Tony Williams – the resulting album was Davis’ first real fusion effort entitled ‘In A Silent Way’ and then just a little over a year later came Miles’ magnum opus epic ‘Bitches Brew’. In that same time, McLaughlin and Tony Williams teamed up to record ‘Emergency’, another classic example of this new & formidable combination of Jazz and Rock music. Then, less than two years later came the explosive sound of John McLaughlin’s group Mahavishnu Orchestra, featuring the powerhouse drummer Billy Cobham and bassist extraordinaire Stanley Clarke. Mahavishnu Orchestra’s first two albums ‘The Inner Mounting Flame’ and ‘Birds of Fire’ remain to this day mainstay examples of how potent and powerful the combination of Jazz and Rock can be, when executed to perfection.

As the 70s moved forward, with the help of the growing FM and College Radio stations, ‘Fusion’ (as it now was called) exploded in popularity amongst serious music fans and now included numerous classic recordings by Stanley Clarke, Weather Report, Brand X, Jean-Luc Ponty, Return To Forever and many others (select list at the bottom of this blog). Then came the onslaught of Punk, New Wave, Disco, Heavy Metal and before long ‘Fusion’ was seemingly being pushed into the background of the popular music scene. While not entirely ‘dead and gone’, ‘Fusion’ was now a form of music that the mainstream audience just didn’t buy into and was relegated to the stereos of music purists and aficionados. In fact, by the 80s, with the addition of drum machines, the synclavier and other digitized instruments, ‘Fusion’ had morphed into the newer ‘Smooth Jazz’ scene with music from the likes of David Sanborn, George Duke, Chuck Mangione, Spyro Gyra and others.

In the 90s, one guitarist did stand out from the rest in the Jazz Fusion scene. Around since the 80s, the work of Allan Holdsworth has stood the test of time in some ways, especially as an influence on Metal guitarists such as Eddie Van Halen, Yngwie Malmsteen, Steve Vai and, subsequently the beginnings of the more recent sub genre known as ‘Metal Fusion’ which now includes noteworthy bands such as Planet X, Dream Theater, Mars Volta, all of whom exhibit their influences from Jazz Fusion.

Now we come to the 21 Century, where my own interest and love of Jazz Fusion has helped me discover some very interesting sounds, especially two groups in particular – one from New York (via Texas) and the other from Toronto.

Out of NY come the captivating recordings of Snarky Puppy (great name for any type of band!). With only 7 recording under their belt, since 2006, they might not be household names, but their work demands some attention and live in performance they are stupendous.

Meanwhile, here in Toronto comes the awesome sound of BadBadNotGood (or BBNG). With BBNG, the group has neatly combined Jazz Fusion & occasionally with a more intellectual Hip Hop sound (working with Ghostface Killah and others). BBNG have only been around for less than 4 years and have 5 albums to their credit, their latest simply entitled ‘III’. Check out the YouTube clip at the bottom.

So, for anyone, craving some ‘real music’ Jazz Fusion may be just the style and genre for you. Check out Snarky Puppy and BadBadNotGood when you can on YouTube and if you are really adventurous, seek out online or on CD/Vinyl some of these original ‘Masters’ of the Jazz Fusion sound. I can almost guarantee you will not regret this adventure into fantastic sounds!