The garage. That unique cubicle built next to a house. Designed to hold a car and just about every other household artifact or utensil deemed unworthy of in-house display. The garage. The enclave where teenagers discover truths and mysteries not available for consumption or discussion in the house.

Most of us have some fond memories of rummaging through a grandparents’ garage, or hiding out from the real world and immersing yourself in music, comics, magazines or TV. For some, especially in the 1960s, the garage was a sanctified place of solitude that was a world within a world. It was in these types of garages that some of the most highly memorable music was created.

During the British invasion of ’63-’65, literally hundreds of young teenage boys assembled in garages, basements or abandoned buildings across North America, UK, Europe, South America, Japan and, even in Africa. There, they debated their likes and dislikes of popular music. Who was The Beatles fan and who was the Rolling Stones fan or what songs deserved to be on the Top 40 and which did not.

For many, these debates ultimately led to the adolescent urge to start their own band and set about to conquer the worlds’ stages. Like young Dr. Frankensteins, young musicians took parts of their influences and own imaginations and created something entirely new. Many times, the creation was an abysmal parody not fit for life and other times the end creation loomed loudly in that musical laboratory and its creators proudly showed off their skills to anyone who would listen (mostly young girls). 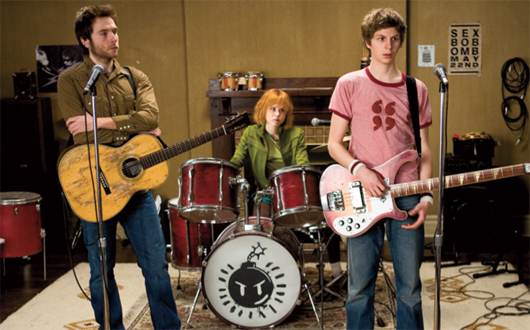 Today, the art of musical creativity does not find its’ life in the garage so much. More likely, the creator is sitting cross-legged on his/her bed with a Mac laptop and an abundance of software tools designed to do the job. That said though, with the plethora of young un-signed talent out there, not yet noticed by a record label, that Frankenstein-ish urge to create is still quite relevant. The main difference between 40 years ago and now, is that there are literally now thousands of young musicians striving to record, get noticed and be successful. It was not easy then and it is no easier now.

One element that has not changed then or now, is the determination. No doubt, back in the 60s, many young groups trying to find their sound, became discouraged. Many a bass player or drummer or vocalist simply decided it was not worth pursuing. Many bands broke up or dissolved in the very same garage they were born.

So, where am I going with this? I guess, I was inspired by a students’ recent plight with a band member who wanted to quit the band because of discouragement. This was now making it tougher on the remaining band members.

Yeah, as a young musician, you have a better chance of winning a lottery than becoming an uber successful recording artist. Yes, the long road to any success can be daunting and discouraging. The question is simply this – How bad do you want it?

If you could ask of them, the bigger stars would all tell you that you have to want it bad enough to get it and you can never be discouraged by others. Since I do not believe in fate or ‘God’s helping hand’, my belief is simply this – a person is responsible for their own destiny. You make the choices that will affect your outcome, no matter what external forces may influence it. If you want it – then go for it – all the way.