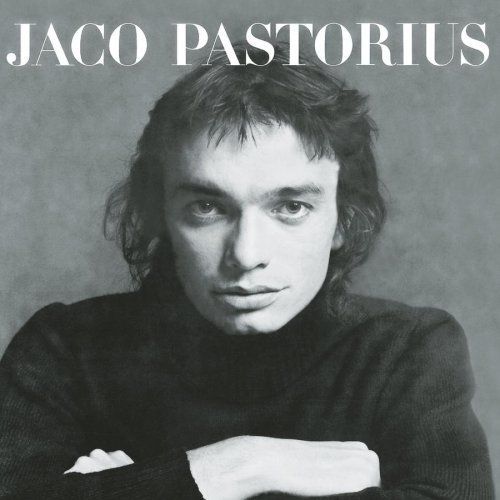 Rather than repeat or modify a previous blog dedicated to drummers, for this time, instead of a dedicated blog to some of music’s best bass players, I thought I might introduce (at least to some) one of the most respected and admired bass players in the world of music – Jaco Pastorius.

Sadly, Jaco left the grace of this earth back in 1987, a victim of a savage beating at the hands of a club bouncer, following an evening of debauchery, instigation and provocation.

Fortunately, his ignominious end to life did not alter his reputation as a bassist. His work included the supreme jazz fusion group Weather Report from 1976-1982, his subsequent session work with Joni Mitchell, Ian Hunter and, not to forget, his brilliant self titled solo album from 1976.

While his light shone so quickly while on the earth, its’ power and force is, as I mentioned before, still greatly admired by his peers and many of those who have followed his work since.

Ever since Pastorius picked up his Fender Jazz bass in 1960, his technical skills and compatibility with other musicians left both colleagues and audiences astounded. Prior to his debut album, Pastorius had honed his skills with various jazz artists, but when Columbia went looking for new jazz talent in the mid 1970s, Pastorius’ music caught their attention and eventually Austrian keyboardist Joe Zawinul and the group Weather Report.

With his debut solo album out and featuring such legendary names as Herbie Hancock & Wayne Shorter, his first inclusion with Weather Report came with the 1976 album ‘Black Market‘, one of their highest regarded recordings. The coup de grace came with the next album ‘Heavy Weather‘, an album that has inspired many fusion artists and even greatly admired by progressive rock enthusiasts. With Weather Report, Jaco Pastorius began topping Jazz music polls as the best bassist and his reputation soared.

Yes, there HAVE been many talented and respected bass players before and since the days of  Jaco Pastorius. Too many for me to list, to be honest (well, a short list below), however, for any young bass player, the investment of an hour or two of your time to analytically listen to his work, would be of tremendous benefit.

Keep in mind, too, that music academics do not hand out accolades lightly, so with regards to Jaco Pastorius, this is one bass player that is not just highly regarded by the elite, but he is religiously revered as a genuine virtuoso in the same league as Louis Armstrong, Thelonius Monk, Miles Davis, Charles Mingus, Jimi Hendrix and Charlie Parker.

7. John Entwistle (The Who)