Jason Reynolds graduated from Metalworks Institute’s Audio Production and Engineering Program in 2005. Jason is one of the lead Audio Engineers at Ashen White Audio Visual Executives in Mississauga, and freelances for a number of production companies in Toronto. He is also the President and Head Audio Engineer at Anjel Music Productions.

Jason regularly mixes front of house for many of the gospel live recordings in Toronto, including Ricky Dillard: The 7th Episode, Live in Toronto and the Covenant Award-winning live album Made for Worship by the JUNO-Award winning Toronto Mass Choir.

In the fall of 2015, Jason began touring as the monitor engineer for international recording artist, Shaggy and as the front of house engineer for award winning Bollywood artist, Shweta Subram. He continues to mix front of house for the Toronto Mass Choir, which he maintains is one of his favorite gigs.

Jason was on campus recently for a guest lecture with our current Show Production students, where he gave great insight into his career and the paths he’s taken to get to where he is today. 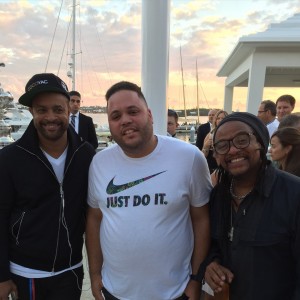