Brad Martin graduated from Metalworks Institute’s Audio Production and Engineering Program in 2007. Since completing the program Brad has gone on to establish his career as a location sound recordist and sound mixer.  We recently had a chance to catch up with Brad who gave us some insight into his career.

Musical background or experience prior to attending MWI?

Prior to attending Metalworks I worked in radio both on-air and behind the scenes. I was big into my local music scene but my background was limited to a few years of piano lessons and playing in the school band. I could read sheet music but that was about the extent of it.

Aspects from the program that have helped you with success?

The Audio Production & Engineering program at MWI was definitely key to me getting to where I am today. Through it I gained a solid fundamental education on sound – how it’s created, how to capture it & how to (try and) control it. But it was more than just a technical education – the variety of instructors was key in learning things that aren’t necessarily written down or on a course outline anywhere. They all brought their own personality and experience to the program which in turn taught me how to handle different situations and people I have since come across in my professional career.

Top two most memorable gigs? Why?

My two most memorable gigs would have to be one of my very first jobs and one of my more recent ones. My first was recording location sound for a dog training show called ‘At The End of My Leash’. After graduating MWI I got hired by an audio services company based in Calgary that had been doing the series for about 3 seasons and brought me on board. It was memorable to me for many reasons including the sheer amount I learned in such a quick time, the awesome crew, the locations it took us, and the realness of seeing a dog get trained (or not) right in front of you.

The more recent gig was on a short-lived show called ‘Mississippi Snake Grabbers’ – and yes, it’s exactly what it sounds like! The job was memorable for a lot of the same reasons – fantastic crew, a beautiful part of the world, and again, how much I learned now 7 years into my career. I did a lot of work in water for that one and got hands on experience with how it both affects radio frequencies and the reflections of a person’s voice who is talking while surrounded by it. And again I got to witness animal related changes except this time it was a person changing after their encounter with a snake – very cool to see!

Put your head down and work hard. It’s an intense program because there’s a lot to learn in a relatively short period of time. And don’t think of any of it as irrelevant – it isn’t. I remember a class that touched on potential jobs you could get when you graduated – and for about 10 seconds there was a picture on the screen showing a boom operator for film & TV. I remember that being the only job I rolled my eyes at and thought ‘nope’. And now that’s exactly where I am (also a production sound mixer) and love it. There’s a lot covered because there’s a lot of opportunity when you graduate. You never know where life might take you, but if you end up in sound you can be sure you’ll be starting with a leg up thanks to everything that’s comes along with attending MWI.

To connect with Brad or to find out more about his work (Fargo, Dragon’s Den, X-Weighted) visit him on IMDB and Instagram! 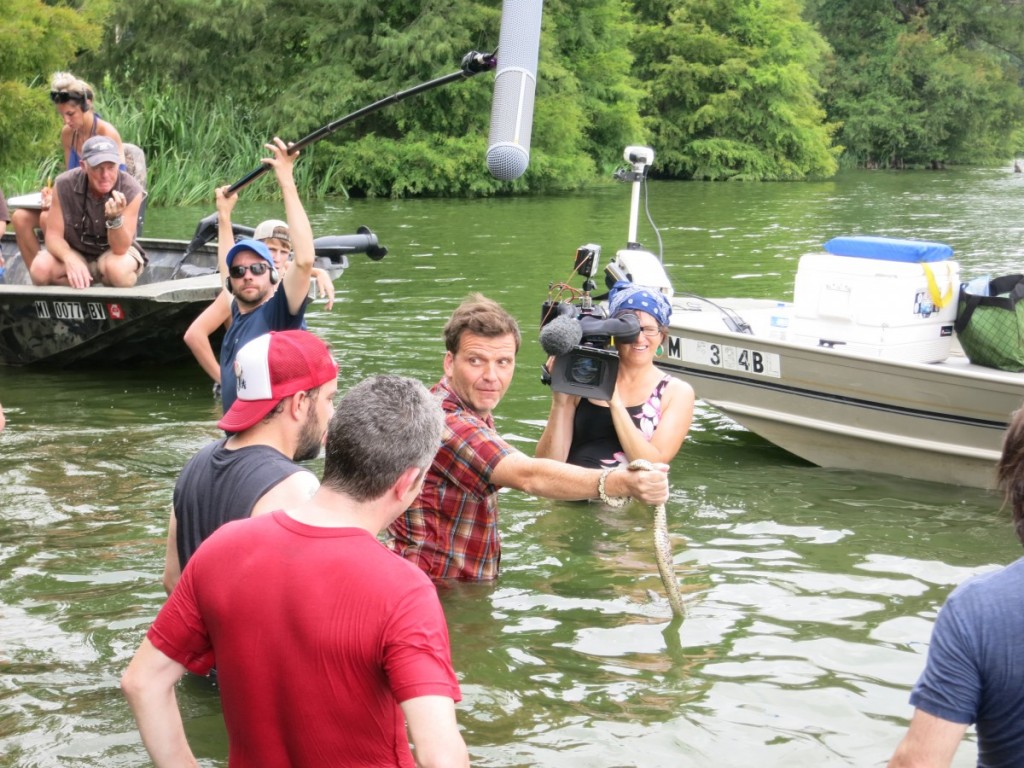