Andrew Armstrong graduated from the Show Production & Event Management program in 2013. In June of that same year, Andrew was hired at his first job in the entertainment industry working at Frischkorn Audio Visual, where he is still currently working.

At Frischkorn AV, Andrew works in two areas – in-house AV, mainly for hotels, and in staging for large conferences and award ceremonies. In June 2014, one year after he first started to work at Frischkorn, Andrew will be moving to work in staging full time.

Some of Andrew’s work highlights over the past eight months with Frischkorn Audio Visual include:

In addition to his work and training out at events and shows, Andrew has also gained experience on the sales side of the industry by putting together quotes for clients and selling shows. 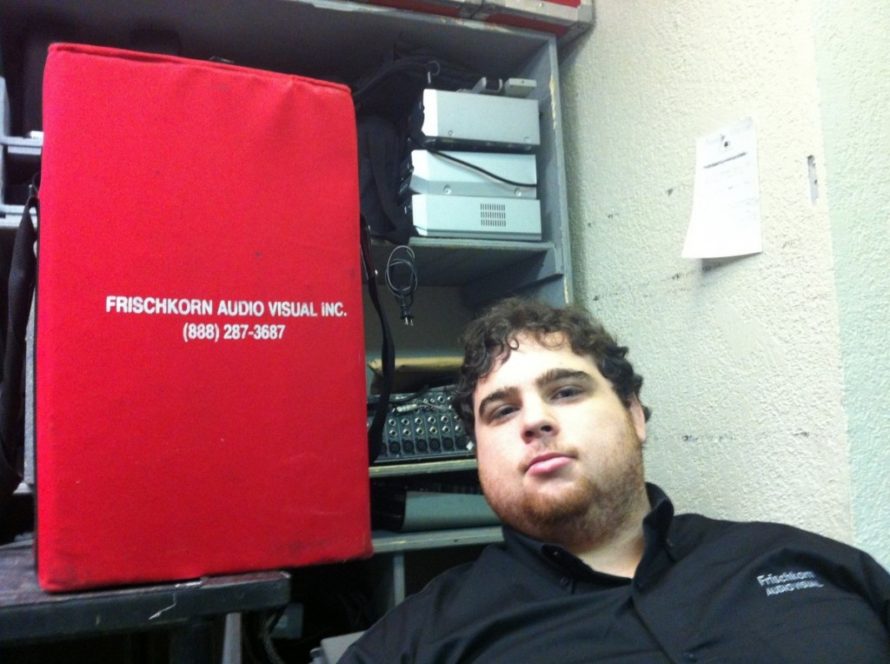